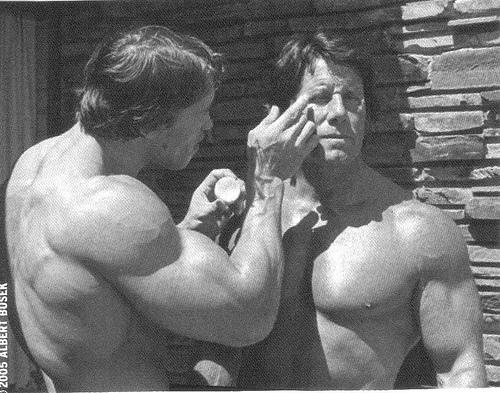 Reg Park The Titan From Yorkshire

Roy “Reg” Park was a British bodybuilder, actor, and business person, born on June 1928. He invented the “golden six rule” for beginners who want to gain muscle fast.

He played football in his early teens for Leeds United. He didn’t have any interest in bodybuilding until he met David Cohen. He came to know that David lifted weights at his friend’s house. Reg joined him out of curiosity, but his legendary physique began to grow from exercising with barbells, dumbbells and pull-up bar.

He was in national service in Singapore as a physical fitness trainer till 1948. That year he saw a bodybuilding show NABBA (National Amateur Bodybuilders Association) Mr. Universe contest. He got motivated from this competition and started weight training. After a year of training, in 1949 he earned Mr. Britain title. In 1950 NABBA Amateur Mr. Universe contest, the park was a runner-up to Steve Reeves. He trained hard for a year and won NABBA Mr. Universe contest in 1951 and demonstrated his strength by becoming the second man to bench press at 500lbs.

He also worked as an actor; he worked in five films of swords and sandals and worked as Hercules in all of them. He was also featured on the cover pf many fitness magazines including Muscle and Fitness Magazine. He was also inducted in 1999 International Federation of Bodybuilder Hall of fame’s first ballot.

His son Jon Jon is a personal trainer and a former Olympic swimmer and his daughter Jeunesse founded Food and Trees for Africa, a nonprofit organization that helped many people and the environment.

Reg Park first inspiration and lifetime mentor of the famous and legendary bodybuilder and former governor of California, Arnold Schwarzenegger. Arnold said that he was motivated towards bodybuilding after watching Reg Park. In the classic documentary film, Pumping Iron Reg Park was featured mentoring Arnold Schwarzenegger.