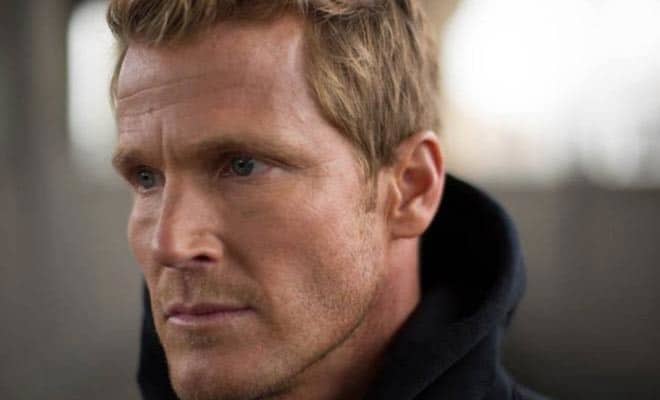 Consistency and a strong brand is what makes a model stand out from the crowd. Max Wettstein is an independent and accomplished fitness model who has been on more than 25 fitness magazine covers, most recently on REPS Magazine.

Mas is also one of the few non-celebrity models that have appeared in the cover of Men’s Health and Men’s Fitness. The California native and Jet Blue pilot shares with us his experience as a successful fitness model.

How many magazines have you been a cover of already?

bout 25 that I know of. Believe it or not occasionally I find out about a covers floating around that I never knew existed! Usually a re-run or recycled photo on some International mag! http://www.maxwettsteinfitness.com/Portfolio/Covers.htm

As a cover model, what is your favorite part of the shoot?

For a classic fitness publication cover or cover-try, it usually means I’ve put some extra time into really dialing in my physique. Although I don’t stray to far from my standard condition, it is fun to get really dialed! Cover shoots are usually easy compared to more physically demanding workout editorial shoots & infomercials, so I get to relax a bit and just enjoy the spotlight. In many ways a cover-shoot is the pinnacle! A really good photographer makes it even more enjoyable because they encourage you to just relax and be your self in front of the camera and not try to hard, and they will find the shot they want, sometimes snapping the photo when you aren’t even aware of it! A good photographer, just like a good model, knows how to get ‘THE shot’ without forcing it. They keep it natural and believable. Bottom line for me is, on cover-try shoots, it is time to enjoy and indulge in all the hard work you’ve been putting in for weeks, months or maybe even years! 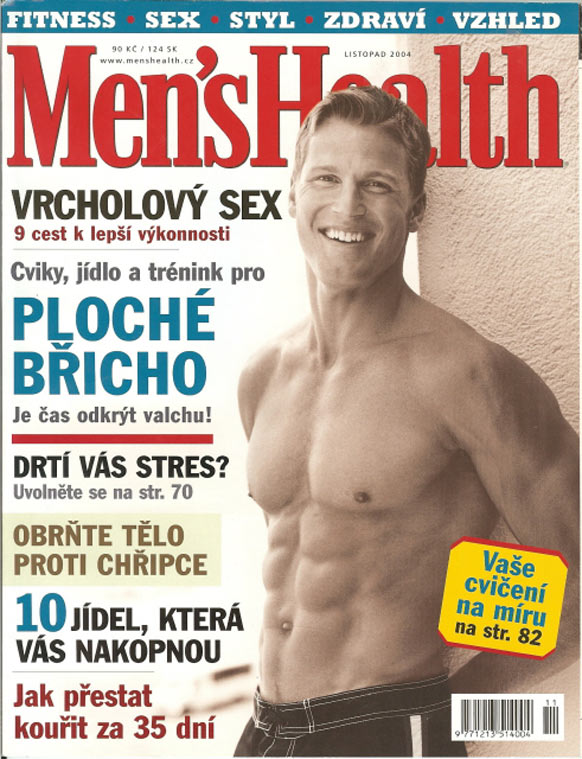 Who encouraged you or what inspired you to become a male fitness model?

My father produced several natural bodybuilding shows, taught anatomy, coached football and even was a professional athlete him self. He owned several gyms too. Basically I grew up appreciating athletes and their physiques and training was our method of life. I’m talking about being 8 years old and already desiring to be healthy, athletic and treating my body as a temple, as cliche as that may sound. This way of life has stuck with me ever since, plus I had the genetic-potential, again having 6-pack ABS by the time I was 10 years old. After I got off active duty in the navy as a carrier-based aviator, I decided to try out for some local modeling jobs and soon landed a local agency. Eventually Mike Lyons of Silver Models, NY, discovered me and got me into the Men’s Health and Men’s Fitness magazine headquarters where I booked my first shoot with them that same day.

What is the one event that you consider a breakthrough for your fitness modeling career?

See above: Again, it was taking a chance to fly out to NY and meet agent Mike Lyons who is now with Silver Models and he immediately believed in me and followed through on his promise to introduce me to several fitness magazine headquarters – he literally got me in the door to 3 or 4 worthy clients my first day, and within a year I had booked my first domestic cover with Men’s Fitness magazine. That blew up my portfolio even though it did not pay much.

Back then agents were even more significant at the time because this was back in the days before Facebook and perhaps even YouTube, and hardly anybody had a personal website – you had to literally carry around big black portfolio of 8 1/2 X 11″ photos haha!”

I look up to Greg Plitt for his genetically-superior physique, entrepreneurship, and media-production ability. He is also the highest paid fitness model in MY OPINION. I also respect what Rob Riches has done in building an entire empire in his own namesake brand. Rob’s self-made brand, much like Greg Plitt’s, is larger than life. Definitely Clark Bartram for being one of the first in this industry and teaching his fitness-model business tenets & ethics to others. Clark Bartram’s longevity is arguably the best in the business too. What all these aforementioned guys share in common that matters most, is their tenacious and business savvy. They are all very good at branding & business: It tales way more than genetics and hoping to get discovered to have any financial success or longevity in this industry. It’s worth noting too, these 3 guys direct-book much of their own jobs on their own without the help of any agent.

What do you think makes fitness modeling so competitive?

There are so many young guys out there coming up who have 6-pack ABS, a decent smile and are willing to work for free. In most markets, competition is GOOD, but it’s been a detriment to the fitness industry actually – all these kids willing to shoot & work for little to zero pay…it’s caused the industry pay standards to be the lowest out there. Think about it: an average fit-mag cover only pays about $200 and there are some models out there who have actually PAID the magazine to be on the cover! Yes the exposure of landing a cover is ‘priceless’ but there are some desperate guys out there with seemingly no pride! There are a lot of attention-starved, narcissitic young men out there who are doing anything to get into the magazines. Some of it can be called perseverance and not taking “no” for an answer sure, but some of it is downright shameful. Just look at Facebook on any given day and half the Newsfeed is filled with self-taken, cell phone pics of half-naked guys in their bathroom mirrors. To be honest, I’m a bit over it all! 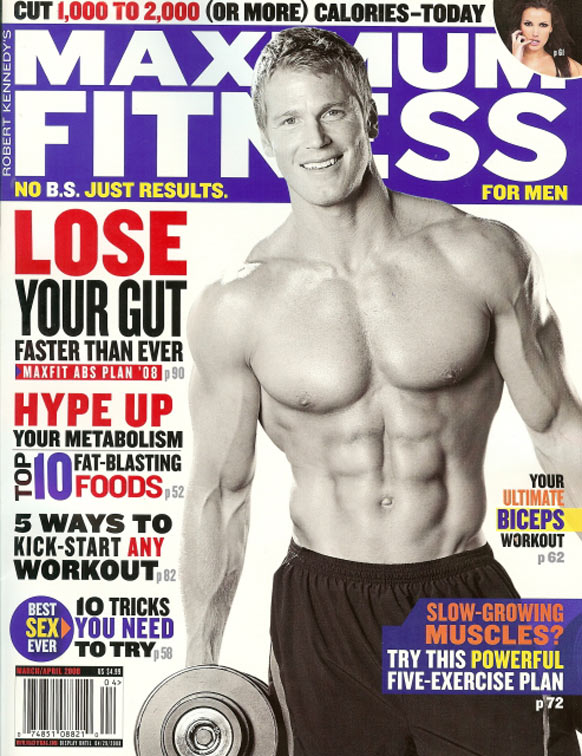 What do you think makes you stand-out as a male fitness model?

I’m one of the few to land Men’s Health magazine & book covers…there’s only a few of us who’ve done this as MODELS and not as CELEBRITIES. I think that makes me stand out the most. Also, the fact that I have a ‘day-job’ as airline Captain for JetBlue Airways also sets me apart. Lastly, I’m one of the thinnest fitness-models with a very natural and attainable looking physique. The general public readership see my images and can relate. I’ve stuck to my physique’s natural potential and homeostasis during my tenure in this business. What I mean is, I don’t spend hours in the gym, excessively bodybuilding to alter my physique to unsustainable extremes and I never use any drugs. I do work hard to stay healthy & fit, but I’m honest with my self and keep it real. What you see is what you get when you book me, from my comp-card to my web-portfolio to all my media. I look like my brand and what a I advertise all year round!

What can you advise male fitness models who are just beginning to make their way into the industry?

The Standing vs Seated Overhead Press: Which is Best?

Women's bodybuilding competitions have come a long way. It started with a couple of categories but today spans across competitions...

Sierra Skye is a 26-year-old model who grew up in California with her family. She finished high school thinking she...

The 2021 World's Strongest Man is in the books, and Tom Stoltman has made history to become the first ever...

Robert Oberst is quite familiar with both Eddie Hall and Hafthor Bjornsson. He believes that he knows exactly how the...