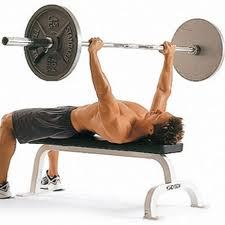 Hello and welcome to the forum of muscle discussion known as Muscle Talk. Last week we covered both the names and functions, as well as the training methods appropriate to the muscles of the shoulder. Today we are going to take another step in covering all of the the muscles of our body by describing the muscles and functions of the chest muscles. The chest is a muscle that most everyone loves to train. A well developed chest is a symbol of strength and power for men, as well as for women who have undertaken the challenge of developing their upper pectoralis. As is always the case, the first article devoted to Muscle Talk will be spent on the names and functions of the muscles that are either a part of, or work with, the muscles of the chest.

It is important to note that even though our chest is predominantly one muscle, other muscles act synergistically to help in the movements in which the largest muscle of our chest is responsible for. These muscles include the teres minor, teres major, serratus anterior, coracobrachialus, and anterior deltoids. We have not as of yet covered the muscles of the arms, but the triceps and biceps also play a role in the pressing motions of the chest. When trained properly, all of these muscles will ultimately lead to a stronger bench press, which variations of are the main exercises in training for a bigger chest.

The pectoralis major is responsible for pushing motions, as well as throwing, climbing, and even breathing. This muscle is what is known as a convergent muscle. A convergent muscle consists of fascicles (bundles of muscle fibers) that are spread out at its origin, and taper down similar to a fan at its insertion. The advantage of a convergent muscle is that depending on what fibers are stimulated, it contracts accordingly, and as such can pull from various directions. This design also helps to distribute the force of the contraction so that it is not heavily weighed upon its insertion.

The pectoralis major is divided into its clavicular, and sternal parts. It is a prime mover of arm flexion, rotates arm medially, adducts arm against resistance. When the scapula and arm are fixed, it pulls rib cage upward, and thus can help in climbing, throwing, pushing, and in forced inspiration.

Not to be forgotten is the pectoralis minor. The pec mior is the smallest of the two pectoral muscles, and is very easily outshined by its larger brother. This muscle is a flat, thin muscle located directly beneath the pec major, and is also obscured by it. This muscle works alongside the serratus anterior to protract, and rotate upwards.

Another muscle that is very commonly overlooked within the pectoral girdle is the subclavius. Its main function is to help stabilize, and depress the pectoral girdle. The pec major, minor, and subclavius round out the chest muscles, but there are still those synergistic muscles to look at. These muscle are not directly involved in a bigger chest appearance, 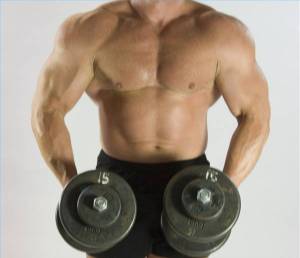 but are involved in the function of training the pectoralis major, which is essentially the only muscle we train for chest mass. In the interests of completeness the other muscles will be named, as well as their function regardless of whether they have been covered already in other articles pertaining to other muscle groups.

The teres minor is a small, elongated muscle that lies inferior to the infraspinatus, and may be inseparable from that muscle. It is a rotator cuff muscle, and serves the same functions as the infraspinatus. The teres major is a thick, rounded muscle that is located inferior to teres minor. It helps to form the posterior wall of axilla (along with latissimus dorsi and subscapularis). It extends, medially rotates, and adducts the humerus. It is also a synergist of the latissimus dorsi. The seratus anterior is a fan shaped muscle that lies deep to the scapula, and deep and inferior to the pectoral muscles on the lateral rib cage. It forms the medial wall of axilla. At its point of origin it has a serrated appearance. Its actions include rotating the scapula so that its inferior angle moves laterally and upward. It is a prime mover to protract and hold the scapula against chest wall, also it raises the point of shoulder, and plays and important role in abduction and raising of the arm in horizontal arm movements such as pushing, and throwing a punch. 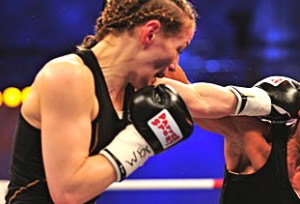 The coracobrachialis is a small cylindrical muscle that is a also a synergist of the pectoralis major.

That is a long list of muscles that help to enable the large muscle that is the pectoralis major to stretch, and contract either through movement of the the arm, or otherwise though the stabilizing or movement of the shoulder blade, or shoulder joint. As you can see, it is really only one muscle that we are targeting during our training, but there are many other muscles involved, both directly and indirectly.

That concludes the names and functions portion of Muscle Talk for this week, Make sure to tune back in for the fun part of this weekly twin article series – the suggested training methods. There is always more to getting the most our of our training than just the basics. The basics are just that – a great foundation, but to enhance functionality and development to their full potential there always must be an element of variety and diversity as well. It is after all a complete training program that we all aspire to possess.

Up first though, is this weeks edition of Super Foods. In addition to understanding how our muscles work, the best methods used to train individual muscle groups, and the theories and philosophies applied to our overall training, it is just as important to understand nutrition. Not only from a recovery standpoint, but for our continued health going forward. I hope to see you here tomorrow my friends,