Squats Vs Deadlifts – The BEST Lift 3

Alright, so far we have been comparing Squats Vs Deadlifts to finally determine which of the two lifts is the BEST lift of all. In both parts to date, there has been a lot of valuable information shared that you will need to know in order to draw your own conclusions as we I have looked in detail at the muscle groups involved and how that best translates into body composition as well as sports. Today I’m going to run a sort of checklist and see what can be learned.

As far as convenience is concerned, the squat necessitates a squat rack. You aren’t going to clean and press enough weight to be able to squat anything heavy enough to make it worth your while and if you are capable of that kind of clean and press then chances are that doing so will leave you with little energy to squat. It also means that in order to squat heavy weights you need a spotter. It’s true that you can just dump the weight but this takes practice and it’s not something you want to do for a first time with your 3 rep PR on your back. A deadlift requires neither a rack nor a spotter. Load a bar on the ground and deadlift it. If it’s too heavy just let go. That’s 1-0 for the deadlift.

When dealing with a technique I can’t really say either lift is easier to master. You can make an argument both ways. Anyone with a decent amount of proprioception will learn to keep the spine in the neutral position throughout both exercises and by following a natural progression will develop the necessary strength and stabilizer muscles to continue making progress. The front squat offers a good alternative to those who have an issue with their lower backs as well as the hex bar for a deadlift alternative. I put this category at a tie.

As for variety and versatility, both the squat and the deadlift offer plenty of alternatives. A hex bar enables you to better activate the quads when deadlifting, and front squatting has the same result as far as quad activity is concerned. Foot placement will allow for you to target different areas of both the quadriceps and hamstrings for the squat and deadlift respectively and eccentric contractions with both exercises is possible as well as long as the weight isn’t too heavy so you can get the concentric portion of the lift up before slowly emphasizing the negative. Once again we have a tie.

One thing worth mentioning is that you have the option with only the deadlift to overload the bar in a rack and work through a lessened range of motion thereby allowing you to maximally target all of the muscles throughout the entire working range of motion during the deadlift without having to lift the weight from the floor. That is another plus for the deadlift.

The deadlift and the squat both work the same muscles, but because the range of motion is less for the deadlift the quads are better activated during squats than deads. You have to grip the bar, however, during the deadlift and this requires considerable upper body strength and muscle activation. You need upper body strength to squat as well but the squat doesn’t adequately target any of these muscles. If all you did for traps was deadlift it would be enough. If all you did for your traps was squat, well you see what I mean. That’s another point for the deadlift.

This next point is a huge one for me and that is did you really do a full squat? With a deadlift you either did it or you didn’t but what passes for a squat most of the time in the gym is laughable. For those of you ‘deep squatters’ out there, a parallel squat means that your knee joint is in line with your hip joint. It does NOT mean that your hamstrings are parallel to the floor. If you squat to parallel correctly then it actually looks like a below parallel squat. If you squat to the bottom then you’re good. My point is that you can load the bar and half rep squats all day long, you still haven’t performed one decent rep. With a deadlift, you can’t cheat. Your form can be terrible but you still had to lift it all the way up.

The biggest plus for the squat is that it works the VMO better than the deadlift. The deadlift does everything else better and also works the upper body to the point of building both strength and muscle. If I had to pick a winner and I do, then the obvious choice is the deadlift. If your goals are building muscle, overall body strength and fat loss, then the deadlift is the lift for you. Sorry squats, you may be the king but you just got beaten by the queen.

Squats Vs Deadlifts – The BEST Lift 2 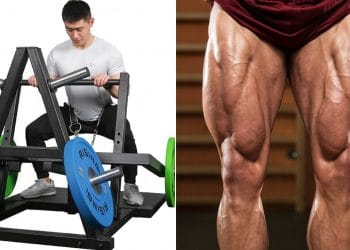 Belt Squat: A Simple Squat Variation That Can Change EVERYTHING 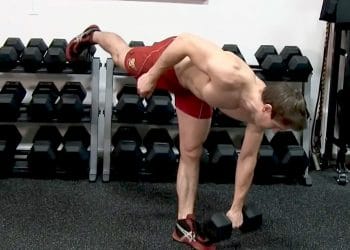 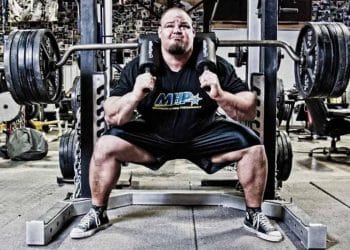 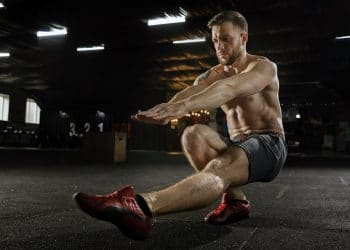 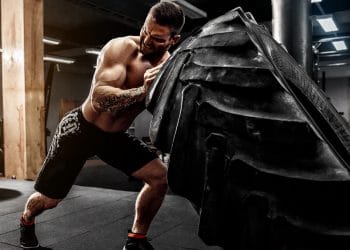