We all want to see good fights, especially if the fighters are those myostatin-deficient bulls. but, it wasn’t a completely torqued brawl.

Now, come the Prophet, a less reptoid and highly unstable probably after missing a fight, the ‘Prophet’ appeared at Jay Cutler’s expo booth.

“Why you take steroids!?”

He asked in a polite manner for a man’s brawl and subsequently became highly furious as the Jay just wanted to continue signing autographs. 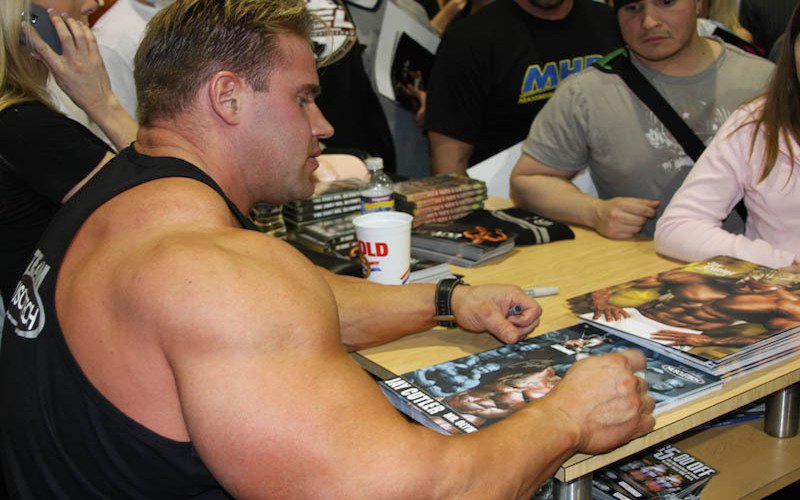 Who is this guy ‘Prophet’? Where did he come from and why he wants to fight Jay? Well, this guy is nothing to scoff at, 250 pounds and just over 6′ feet tall and completely crazy dude. God knows what exactly he wants and from which place he came; but, he most absolutely has an agenda. Anybody who badly likes to fight certainly has something to prove.

The MMA fighter ‘Prophet’ wants to ‘spread’ the word of natural gains and want ‘expose’ ‘humiliate’ the pride of those who take steroids.

The peoples who follow the world of bodybuilding knows the use of steroids already.

Check the following videos we found:

Top 5 Most Important Muscle Groups You Are Neglecting