Hello and welcome back to the never ending ketosis exploration. I’m absolutely serious about the never ending part because there is so much to share in my attempt to help others achieve their goals through this very effective eating protocol and its numerous incantations. One of these variations I’m currently using, and have used in the past as well with great success. There are other systems of low carbing that I also use at different times, and they will be the subject of articles to come. The Ketogenic lifestyle is not as rigid and exclusionary as some would have you believe, and it’s my mission to continue to battle for our cause in the attempt to erase this erroneous stereotype.

In part six of the series, the different types of fuel used during training were discussed. Fat, glycogen, ketones and protein are the four available forms of fuel to our bodies. Regardless of whether you adhere to a ketogenic diet or not, the percentage of ketones used to provide energy for us during training is relatively low at around 10 percent. The rest comes from fat or glycogen. Protein can be converted to glycogen via gluconeogenesis as the third option to fill the 90 percent void. If our training intensity is low, then a high ratio of fat to glycogen will be used. As the intensity goes up, so does the use of glycogen, and as a result less fat is used. If there is no glycogen available due to ketogenic conditions, then tissue will be catabolised and converted to glycogen. This happens too slowly to be as effective as having glycogen available from bodily stores. This means that because of the lack of glycogen and the slow conversion of protein to glycogen, training intensity will be somewhat compromised if in ketosis.

In parts seven and eight, the hormones released during training were discussed. Of particular interest were catecholamines which serve to enhance liplysis, meaning essentially the release of fat into the bloodstream to be used as fuel. The flip side is that the same catecholamines will also increase the level of glycogen in the bloodstream for fuel. This isn’t ideal if in ketosis due to the fact that glycogen will be created from your hard earned muscle, as discussed above. Also of interest was growth hormone, insulin like growth factor and testosterone. These are hormones that are released in abundance when the training is particularly intense as a method of attempting to immediately repair damage. They also all directly or indirectly enhance fat loss. Ketosis is not the ideal condition to be maximizing on the hormonal response due to the fact that there simply isn’t enough glycogen in the body to fuel the intensity needed.

This is the general overview of the last three articles. I encourage you to read them all to get the full picture as well as the conclusions which were drawn based on the information gathered. Today is going to be spent discussing what I feel is the best way to maximize all of the hormones available to elicit the highest degree of muscle gain and fat loss. There is however, much to be learned in the previous articles and it would be a mistake to just read this and draw all of your own conclusions from it.

This articles focus is on one specific variation to the ketogenic diet. It is what is commonly referred to as targeted ketosis. There are many ways that I have come up with to do this a little differently so that you will remain in ketosis, but will provide enough glycogen to train with maximal intensity. The basic premise of the common approach to targeted ketosis is to eat carbohydrate before training to provide enough energy for the intense weight training and sprints needed to cause the biochemical cascade of hormones to flow. As well as eating carbs before training,  carbs are consumed post training as well to take advantage of the glycogen super-compensation window. I like this technique and find it to be very effective, but there needs to be some qualifications and modifications to the carbs and amounts consumed.

I am by no means saying eat a bowl of oatmeal pre and post training, as is the most often used approach by someone using a targeted ketosis plan. If you’re consuming a load of slow digesting carbs, then your brain is going to forget that it wants to use ketones for fuel as all of a sudden there’s this steady stream of glucose available. Not to mention the sheer number of carbs in a couple of bowls of oatmeal is going to be pretty high.

What I have experimented with and found to work amazing well is simple sugars. Molasses and maple syrup are my two preferred sources. 15 grams pre workout with 50 grams whey and water, 15 grams post with 50 grams whey and water. Those two doses are about three hours apart as my first is an hour before I train and the second is about 30 minutes after. This as you can see adds up to a total of 30 grams of fast digesting carbs that will not be around long enough to seriously interfere with the ketosis process. On a side note, this is the only time I use whey protein as it too is fast digesting and will cause insulin levels to rise. I dont mind this during my training window as it will enhance growth, especially when combined with the other hormones that are in ready supply due to the high training stimulus.

The reality is, if you want to train at an extremely high intensity to maximize your results, some carbohydrate is needed to provide glycogen. I have found this amount to be just enough. The pre training 15 grams is going to be used up long before the session is over, and the post training 15 grams from the day before will as well. Two work sets of a duration between 30 to 45 seconds of time spent under tension, uses 5 grams of carbs. That’s 12 sets and no more glycogen left from the 30. I can tell you that the way that I train with circuits at a relatively heavy weight, for more than 12 sets, and continuous sprints as well, mean that there definitely isn’t going to be much in the way of glycogen kicking around my bloodstream when I leave the gym.

Here is a little science I dug up to support this theory. As was stated in the earlier articles, adrenaline and noradrenaline are released during high intensity exercise. Whether you are in ketosis or not, these catecholamines are going to impair the process of ketosis temporarily due to the release or manufacture of glycogen. As stated earlier, when it is manufactured, it isn’t made available fast enough so your training will be impaired. If ketosis is being impaired due to the manufacture of glycogen from protein anyway, does it not firstly make sense to provide the glycogen so that your body doesn’t have to catabolise its own muscle to manufacture it? Secondly, why not just have enough available so that you can train effectively?

The release of these catecholamines initially impairs ketosis, but they are also helpful in reestablishing it, because after training your glycogen levels will once again be extremely low having had the release of your already low available stores. Insulin levels rise post training, but so does glucagon which is very helpful in reestablishing ketosis. The meagre serving of 15 grams of carbs post traing will do little to impair the body’s decision to go back to using ketones for fuel. That 15 grams will be immediately stored in the body’s attempt at super-compensation, and will be used in the next training session.

Taking this a step further, as was discussed in part six, the option to do fasted cardio to take advantage of the fasted state while in ketosis would be a great compliment to this approach. Another variation would be to just ingest carbs pre training, possible more like 20 to 30 grams though, and then finish your session with cardio. Ketones appear in the blood after aerobic training whether you’re in ketosis or not, so this would help to quickly reestablish the state of ketosis. Another option is to do what I originally suggested with the 15 grams pre and post, and then add in a session of cardio later that day to ensure ketosis has been fully reinstated.

As you can see there are many options you can experiment with should you try this ketosis variation. I’ve always had success with the strategic timing of simple sugars while in ketosis for many reasons. The quick digestion and the nature of simple sugar also serves to stimulate my thyroid and get the hormones produced by that gland to both enhance fat loss, and stimulate protein synthesis. If we use nice, round numbers, anything under 100 grams of carbohydrate a day will keep anyone in ketosis. If we train intensely on top of that then the number of ketones to compensate for the lack of available glycogen throughout the day will be even higher.

We spend most of our day not training, so it is my opinion that the most effective way to lose fat and build muscle is to make sure that our training is spent in a manner that ensures we will be in an optimal hormonal state for the rest of the 24 hours that we aren’t in the gym. By adding a small amount of simple carbohydrate to my pre and post training plan, I feel that I have accomplished that. I hope you give this a try, and if you do, please let me know how you like it. Next up in the variations of ketosis, series within a series is a FitnessVolt original: anabolic ketosis. I’ll be getting to that soon, but there are a few other things I’d like to share with you first. I hope to see you all here tomorrow. Until then, 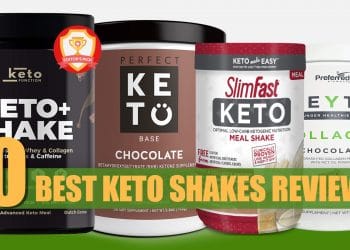 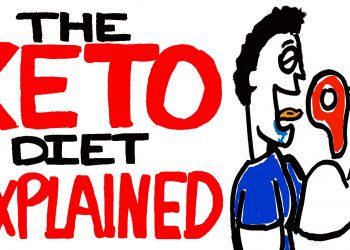 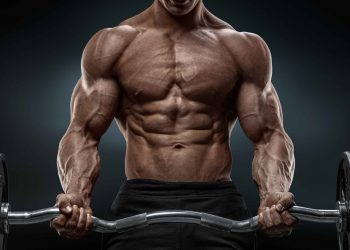