What if we could create a roadmap for our destiny with words or images? What if we could be the painter of the greatest portrait, the architect of the most beautiful home, the composer of an award-winning song? Well, if you can dream it you can create it! At least that’s what I thought until I found out I was “dreaming” all wrong.

Seven years ago I was spiritually void, and my belief system was undefined. I believed my fairy godmother had lost my address and somehow I was stuck living with the Grinch, aka, me. I watched beautiful things happen to people constantly, but I was unable to see very much good in my own life. There was so much I wanted; yet none of it ever seemed to shift and I always felt stuck.

I was trapped by my own negativity, but apparently the Universe had a different plan for me. It was by “chance” that I met a life coach and a reflexologist who completely changed the way I looked at the world. They taught me how much control I had over my own fate and they educated me on the power of my thoughts, fears and inner voice. I began to connect with myself, and my spirituality, in a way that I never had before.

It was through these women that I learned to create a vision board—a visual collage of my wishes and highest hopes. The goal of a vision board is to help you manifest more of what you want in your life. If you put out your wish in a clearly defined way, and you see it frequently, you are bringing it closer and making it a reality. I began visioning four years ago on New Years Day and it became my tradition. But last year I realized I had been doing it all wrong.

The first board I created had a few images and large Post-it notes with a long list of Santa-like wishes. I could barely read what I wrote much less capture the image in my mind. So you can guess the outcome… nothing manifested. The next year I used images rather than words, but there were so few. My board looked empty. I was clearly still learning what I even wanted for my life.

The next several years were better, only there were pictures of homes in different countries and photos of glamorous weddings and words I didn’t even resonate with. I didn’t want to be married yet, my dream was a small wedding not the extravagance pictured on my board and, although I would love a home somewhere else, I wasn’t ready for it. It was like I was cutting out pretty pictures and images I thought I should want, but in truth that was someone else’s life.

Last year I spent time soul-searching before I created my board. I even paid attention to the color of the poster board—I chose gold to represent a gold-star year. I spent a few days cutting out photos, rather than rushing through it all in one day. I quieted my mind and I heard my voice for the first time. Words like balance, passion, joy and self-expression all came up. And for once the images and goals really felt authentic.

It was also through this experience that I realized a project I had spent three years devoted to and resentful of, literally had no room on my board or in my life. I had too many goals for 2012 and the picture I had cut out to represent the project just didn’t fit. My vision board gave me the incentive and the power to release it.

This past year I can honestly say I manifested the majority of my goals. A few are still percolating, but they are in motion. When I think back on the last few years, I remember cursing the vision board saying, “It works for everyone else, just not for me.” But the truth was my own “vision” wasn’t working for me.

Today I ask you to quiet your mind and feel centered in your heart. Take a few deep breaths. Drown out the noise, the “shoulds,” the expectations of others and the past. Before you create intentions and plans for the upcoming year, dig deep and ask yourself what do you really want for 2013?

My Way: What Comes First, Mind or Body?

Emotional Strength: How I Fell In Love With Valentine’s Day 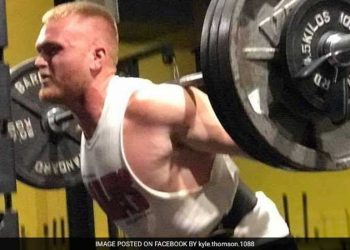 Emotional Strength: Are You Full or Are You Stuffed? 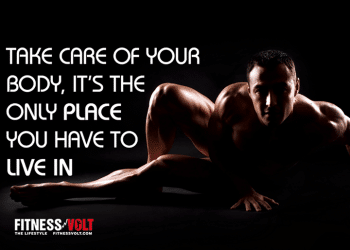 Emotional Strength: 7 Ways to Unplug and Appreciate What You Have