No Result
View All Result
Home Lifestyle Lighter Side

Lighter Side: While The Cat’s Away

“Did you just giggle? Really?” I groan as I make my way through a third set of rather more heavily weighted than entirely necessary step ups.

“I wouldn’t have taken you for a giggler Eli… seriously.” I laugh although it sounds more like a balloon slowly losing air.

“That was not a giggle. I do not giggle. I had something caught in my throat. ‘K now sixty seconds of squats.” He grins broadly, evilly, as he pushes the twenty-five pound plate back into my hands that I have unsuccessfully tried to thrust at him.

“You’re sounding a little, ummm, chipper donchathink?” I snarl. He believes I’m only teasing, or maybe he knows the real truth, that I’m actually just a little jealous.

The reason for his somewhat more joyful than usual mood is that he’s leaving for a short vacation early the next morning. Short, but an “in paradise” kind of way that makes it not really matter for how long.

Interestingly, these getaways, which by the way he takes with astonishing regularity, always mean a considerably harder training session for me… on both ends of the trip.

“Do you seriously think that I’m not going to work out while you’re away?” I huff as I complete a set of sixty second floor crawls. He seems to enjoy taxing my body with a particularly difficult conditioning workout before he heads off for an extended weekend. His only answer is a grin. I use the word grin loosely, it’s really much more nefarious than an actual smile.

“So you coming in tomorrow?” He asks, going for a look of innocence, his eyes sparkling wickedly. Someone should really tell him that he simply does not pull that look off… I suppose it will have to be me. He knows the answer already. It’s the third time he’s asked the question. He thinks he’s being clever by wording it slightly differently each time. “So you gonna do legs tomorrow?” is basically the same thing as “When will you fit in shoulders and back? Tomorrow would work right?” I wonder sometimes if he remembers that I’m a writer… my job is to make words play for me… I see through your little tricks MISTER.

I suppose I should be thrilled that my trainer is so committed to me that he worries about my schedule while he’s off living the life. He worries that I’m playing at being the proverbial mouse if you will, but somehow it makes me a little cranky (most things do however, so no big shocker there). Happily I can report that I’ve always used anger (be it on a large or small scale) to urge me forward. When he gets back from his little escape to paradise he will see (or at least I will tell him) that I have pushed myself harder than ever before and that I have stuck stubbornly to my strict regimen of clean eating.

So off he goes on yet another fabulous trip and my schedule has been thoroughly examined and Eli approved. Except maybe I’ll make tomorrow my rest day… I’ve always had a slight problem with authority ?

If you’re interested in other ways I break the rules, pop over to www.staciacarlton.com and see for yourself.

My Way: Willpower Or Choices?

Lighter Side: My Own Worst Enemy

Lighter Side: A Postcard Christmas

Lighter Side: Balance… At the Gym and In Life 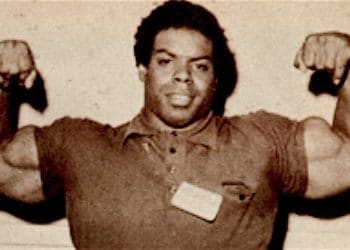 Lighter Side: Learn Something New Every Day