My Way: The Great Egg Debate 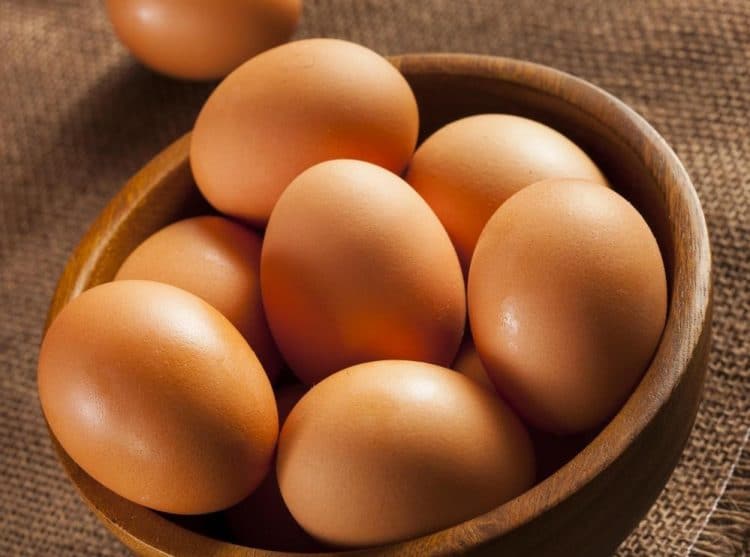 Eggs have been one of the top building blocks for muscle-building as long as bodybuilding has been around. They are packed with protein, this much everyone knows. What many people don’t seem to know nowadays is whether they should eat whole eggs or egg whites. Everywhere you look there is conflicting info and differing opinions. Well, you can probably add this article into the mix that will go completely against what many people have to say. It’s up to us as individuals to decide for ourselves what makes the most sense using the research we have available as our guidelines. Hopefully after reading this you’ll have taken something away regarding the great egg debate. For the purpose of this article we’ll be looking at the benefits to both the egg white and the egg yolk and comparing the two.

The egg white itself is about half the protein source of the egg. It also is a good source of riboflavin and selenium, which are important for energy and the removal of toxins. About half of those are found in the egg white and the other half the yolk. The big advantage the egg white has over the yolks is it contains the majority of the egg’s potassium, magnesium, and niacin. It also contains calcium, phosphorus, copper and iron, but they are very minimal.

Where most of the vitamins and minerals are in an egg is in the yolk. Egg yolk is a very good source of vitamins A, B6, B12, D, E, K, folate, zinc, calcium and pantothenic acid. In fact most of those vitamins are only found in the yolk with the others being about 90% in the yolk. The egg yolk contains all of the fat in an egg, but the majority of it is unsaturated fat (healthy fats.) The egg yolk is also high in antioxidants, in fact the antioxidant capacity of an egg yolk is equal to an apple. The lutein and zeaxanthin in egg yolks can help prevent macular degeneration making them good for your eyes. It also has high amounts of choline which can improve your memory and cognitive response.

Research conducted by a team led by Dr. Maria Luz Fernandez in 2012 took middle-aged males and females with metabolic syndrome (someone who has at least three risk factors of high triglycerides, low HDL cholesterol, large waistline, increased blood sugar, or high blood pressure) and split them into groups where one group ate 3 whole eggs each day and the other group ate the same amount of egg substitute each day as a part of a diet that restricted carbs to help lose weight. They found after 3 months that the whole egg group had no impact on LDL cholesterol or total blood cholesterol even though they were eating two times as much cholesterol than they were before the experiment. Both the whole eggs group and the egg substitute group had increases in HDL (good cholesterol), decreases in plasma triglycerides, and improved lipid profiles.

Now there is one factor about the cholesterol in egg yolks I haven’t touched on yet, and it’s a big one. This is it, the part I’ve been keeping from you that will make you think twice about eating whole eggs because of the cholesterol right? Sorry to disappoint, but it’s that cholesterol raises testosterone levels. As I’m sure you are well aware by now testosterone is a key hormone for building muscle. So if we can eat cholesterol without concerns of impacting blood cholesterol much all while raising testosterone levels, why would we ever want to skip the yolks in our eggs? I don’t know, but I definitely don’t. I’ve yet to see anything that would convince me to ever eat an egg white over a whole egg. Pretty much everything that is healthy about an egg is in the yolk, not to mention all the muscle-building nutrients. Plus let’s not forget, if you eat the whole egg you’ll still get the small benefits the egg white has over the egg yolk, but the same can’t be said for eating the egg white and not the egg yolk.

I must say I love eggs. They are delicious, healthy, a great muscle-building food, and they are also relatively cheap. Even your more expensive eggs are probably only going to cost you a buck for 3 or 4 of them depending on where you live. I highly recommend eating omega eggs as they have a host of other beneficial nutrients. By the way, the yolk in omega eggs is where all of the omega-3 is found, in case you were wondering.

How Long Does It Take To Lose Muscle?

Partial reps, which are sometimes called burn reps or simply burns, are nothing new. Bodybuilders have been using partial reps...