My Way: Does Ibuprofen Enhance Or Impair Muscle Growth? 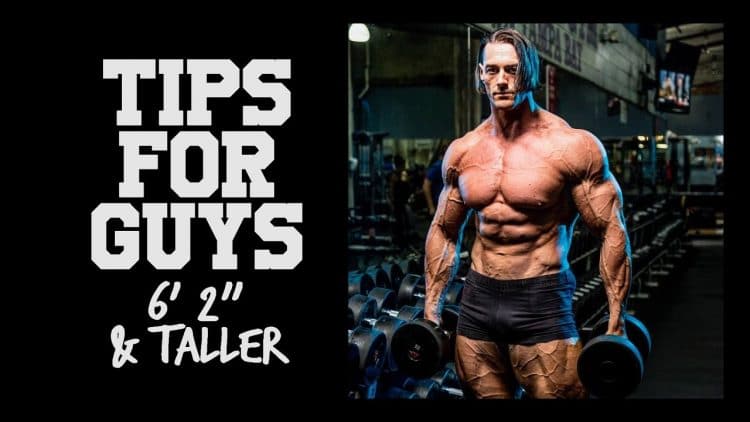 Anyone who trains hard, or basically any regular reader of this website, knows about the aches and pains that go along with it. These aches and pains have made nonsteroidal anti-inflammatory drugs (NSAID’s) such as ibuprofen and aspirin pretty popular for some who take them on a regular basis. Train hard, get sore, pop some ibuprofen to feel better and train hard again. There are also some who believe that reducing inflammation from an intense workout via NSAID’s will help build more muscle. Muscle building is the main topic I want to look at today, although I will also be looking at what kind of effects NSAID’s have during exercise in other areas as well. The point of this article is to try to help give you a clear understanding of what some of the potential dangers or benefits of combining exercise and NSAID’s can have.

Before I get into whether or not NSAID’s can impact muscle-building I want to look at some studies to show some of the findings in other areas not directly related to muscle-building. I did find quite a few examples that are definitely worth keeping in mind when thinking about taking NSAID’s in combination with exercise.

One study found that cyclists who took ibuprofen before they rode hard for an hour immediately developed elevated blood levels of a marker that indicates slight gastrointestinal leakage. A different study found that runners at the Western States 100-Mile Endurance Run who were regular ibuprofen users had small amounts of colonic bacteria in their bloodstream. Another study concluded that taking 400 mg’s of ibuprofen 4 hours before exercise reduced the perception of muscle soreness, but didn’t actually prevent muscle cell injury. All of this isn’t even getting into the widely known problem of long-term use of NSAID’s and kidney function.

Possibly the most disturbing study I found was one undertaken in the Netherlands in 2012. Researchers had male cyclists take ibuprofen the night before and again in the morning of a ride, as well as on days they didn’t exercise. Testing on days of rest as well as exercise, researchers drew blood to check whether their small intestines were leaking. They found that blood levels of a protein indicating intestinal leakage were much higher when the riders exercised with ibuprofen than during the times they took ibuprofen without exercising. As the researchers concluded “This is the first study to reveal that ibuprofen aggravates exercise-induced small intestinal injury and induces gut barrier dysfunction in healthy individuals. We conclude that nonsteroidal anti-inflammatory drugs consumption by athletes is not harmless and should be discouraged.”

Also, while I’m not generally a fan of animal studies it’s tough to ignore them when there is an overwhelming amount of research showing things such as weaker tendons, lasting negative effects on tendon-to-bone healing, healing impairment of cartilage, and impaired healing in the early stages of bone healing producing a weaker repair. Although to be fair there were some studies that showed no difference in healing when taking NSAID’s and even one that showed using NSAID’s for 6 days after injury resulted in a 42% increase in ligament strength at day 14, but at the same time there was no change by day 21.

With all of that out-of-the-way I’d like to get into the main reason I started researching this article, and that is muscle-building. In fact the original reason I wanted to look at NSAID’s and muscle-building stemmed from reading Matt’s article Inflammation: The Good, The Bad And The Ugly. As he stated, our bodies adapt to the inflammation from strength training and grow stronger in an attempt to prepare for the next round of inflammation that is caused in a similar manner. So I thought if post workout inflammation is a good thing, wouldn’t taking an anti-inflammatory such as ibuprofen be pretty detrimental to muscle gains too?

I dug for some research to support this and came across a couple of studies that looked at just that very thing. One study was done in 2001 at the University of Arkansas for Medical Sciences. They studied 24 men in their 20s and divided them into three groups. One that received ibuprofen, one that received acetaminophen and one received a placebo after an intense session of weight training, specifically legs. The researchers also took muscle biopsies, small samples of muscle tissue before and after the exercise, and did numerous other tests. What they found was both ibuprofen and acetaminophen suppress the body’s normal response to muscle damage, and in turn repair, after exercise. Further investigation done in 2002 by the same group showed that muscle protein synthesis was severely hampered when ibuprofen or acetaminophen were combined with strength training. It would appear this falls in line pretty well with what Matt had to say about post-workout inflammation.

It would certainly appear including NSAID’s or even a non anti-inflammatory like acetaminophen with exercise is a pretty bad idea not only for gaining muscle, but your overall health. If you are looking for natural alternatives for an anti-inflammatory, things like fish oil, ginger, turmeric, willow bark, green tea and antioxidant rich foods like berries have all shown to help with inflammation.

I’ve always been a little cautious of using NSAID’s due to the effects on your kidneys, but after researching this article I’m really going to be thinking twice before using them for anything I don’t feel is absolutely necessary. I think it comes down to whether you can tolerate whatever kind of pain you’re in. If it is regular training pains such as DOMS (delayed onset muscle soreness) it doesn’t appear to be a very good idea to use them. If there is a real injury or something hurts so bad you can barely function, then it might be the time to look for a little assistance. Otherwise the more you can let nature take its course, the healthier and more muscular you will likely be.