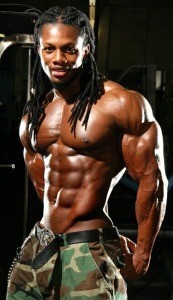 Part 1 finished off with the admission that there is such a thing as non-functional hypertrophy, but this in reality only refers to the extra glycogen that is stored within the muscles to be used as energy during muscle contractions. An average male can store between 350 and 500 grams of glycogen in his muscles. More if you are larger and have more muscle mass. If you weight train at a relatively high volume, which means anyone involved in bodybuilding, then you can double the amount of glycogen your muscles can retain for fuel. Added to this weight is the water that is deposited along with the glycogen, or 3 grams per gram of glycogen. This means that our average male is now storing roughly 4.5 pounds of non-functional ‘muscle’. Because it is stored within the muscle there is no differentiating between what is muscle and what is glycogen and water. This four and a half pounds is of considerable mass, even though it doesn’t sound like much, so a high volume trained individual will appear to be bigger than someone who trains strictly for strength.

This is the reason why someone new to training will make such incredible gains so quickly. It isn’t that their muscles are growing insanely fast because they are unused to the training and therefore their bodies

are adapting at an alarming rate, but more so true that their body has become much more efficient at storing fuel to use for future weight training sessions. If someone began a power training, low volume program, their muscle size may not appear to change much at all as their body doesn’t have the need to store large amounts of glycogen due to the much lower training volume that they use. To the naked eye the stronger of the two would actually appear weaker. This is also why someone who changes from a low rep, strength routine to a higher rep, higher volume, mass building regimen can add considerable size so quickly. They already how a great base and will be adding a large amount of glycogen and water storage to what is likely a fairly well muscle frame.

This doesn’t mean that the person training at a higher volume isn’t building functional strength also. It isn’t just water and glycogen that is increasing the size of the muscle, but an increase in size of the myofibrils will also occur.

When a higher volume, bodybuilding training program is introduced, that average lifter can expect a fairly quick gain of 5 to 10 pounds of sarcoplasmic hypertrophy as well. If the new to bodybuilding trainer is using either creatine or steroids, then the amount of cell volume will also be greatly increased. Steroids increase the storage of creatine, so they can have a creatine like effect on the muscles by drawing more water into them. In all of what has been mentioned thus far, it is clear that bodybuilding training can in fact add quite a bit of mass that does not translate into strength.

So this explains why those who train at high reps are weak for their size compared to those who train at lower volumes, right. Well, not exactly. As we have already established, our body will adapt to the training stimulus that we provide it. In reality, the low rep training strength athlete has become very efficient at 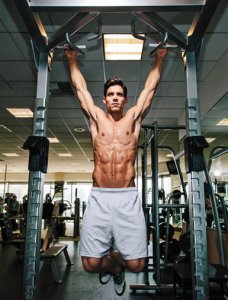 lifting heavy weights because that’s what he/she has asked his/her body to do. The average bodybuilder spends little in the way of time working on his/her one rep max. I personally make 3 reps the least I’ll ever perform, and that’s when I’m really pushing some added pounds. What is also true is that if you asked the strength athlete to match the bodybuilder in the high rep range, they couldn’t. So as you can see, their strength may actually be equal, just in different rep ranges.

Bodybuilders are more likely to involve cardio into their training program as well. Sprints, or any form of HIIT training will also have a dramatic effect on the body’s ability to store glycogen. This is yet another reason why the average bodybuilder looks so much bigger than the strength trainer.

When we next get together I’d like to look further into rep ranges. Specifically rep ranges and fiber types to help to explain why there is a belief that low rep training is solely responsible for building muscle density. I hope you are learning from and enjoying this series so far. Until next time my friends,

Round 15: Are Cheat Meals Good Or Bad? 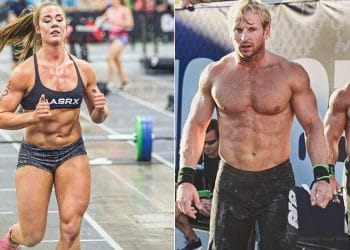