Is Muscle Soreness Needed For Hypertrophy?

We’ve all heard it before, no pain no gain right? Anyone who has trained has probably experienced those pesky DOMS (delayed onset muscle soreness.) To me there is always something very satisfying about a great workout that results in really sore muscles for days. The thought is that I worked so hard that I’m this sore, my muscles will have no choice but to respond by growing to be ready for the next time it goes through the same thing. But what if you don’t get sore? Does this mean you didn’t work hard enough? Does it mean your body has adapted and now you need to do something different? If you don’t get sore will your muscles even grow?

I’ll be honest – I already know it’s not totally necessary to be sore for muscles to grow, but it wasn’t until my recent switch in training and the results that have followed that made me think perhaps muscle soreness isn’t nearly as indicative of muscle gains as I once thought. Even knowing it’s not completely necessary, it would certainly seem the more sore you are the more you’ve broken down your muscles and the better off you’ll be. Before I get into the nuts and bolts of this article, let me explain why I began to question this theory.

I began a new training program about two and a half months ago switching from my normal each muscle group once per week routine I’ve been doing for the last few years to working everything twice per week, once for high reps and once for low reps. From everything I read going in I was to expect to be extremely sore for a while, but not to worry because your body will adapt and adjust and in time you’ll stop being so sore. Well I made the switch and the muscle soreness just wasn’t there. Not that I didn’t have any, but it not only wasn’t any worse than before but it was actually less. I worried that since the volume was a little lower per muscle group in a given workout I wasn’t getting enough work in and since the soreness wasn’t really there the results wouldn’t come either. Well that couldn’t be further from the truth. I’ve already gained more size in two months than I gained all of last year, all without dealing with not being able to walk for days after an intense leg day.

So what’s the explanation for this phenomenon I’m going through? Well for one at least in my case it shows I don’t need to be sore to gain muscle. However as I’ve explained before I don’t think you should ever just go by what works for someone else. Everybody and every body is different and you just don’t know if your body will react the same, but what we can do is look at research and try to figure out if science can back it up.

Research published in The Journal of Experimental Biology looked at exactly this topic. Subjects were divided into two groups, a pre-trained group (PT) and a naive group (NA). Muscle damage was avoided in the PT group using a three-week gradual ramp up protocol while the NA group was subjected to an initial bout of exercise with the sole purpose of damaging muscles. Both groups participated in an eight-week high-force eccentric-cycle ergometry program designed with the purpose of equating the total work done between both groups. As planned the NA group had signs of muscle damage while the PT group did not. The NA group had 5 times higher levels of plasma creatine kinase and self-reporting of initial perceived soreness and exertion. Despite these reports muscle size and strength gains were not different between the two groups. (1) What this shows is that muscle hypertrophy can be initiated without noticeable damage and soreness in the muscles themselves.

There is also research that suggests that the soreness felt from DOMS is not from damaged muscle fibers but more so from the connective tissues. Research published in The Journal of Physiology compared electrical muscle stimulation and voluntary contractions and found that the electrical stimulation created much more actual muscle fiber damage than voluntary contractions. However perceived soreness was the same in both groups. (2) This would show the damaging effects of exercise on the muscle fibers themselves don’t necessarily correlate with pain. What it does show is muscle soreness happens when you create enough total damage to aggravate connective tissues. It’s possible that sore connective tissues could correlate with muscle-growth, but one doesn’t necessarily have anything to do with the other.

As you can see just because your muscles aren’t sore after a workout doesn’t mean your muscles aren’t inflamed or growing. Likewise just because you are sore doesn’t mean that was indicative of a great workout either. Also keep in mind the more accustomed you are to a certain workout the less likely you are to have soreness from it. I’m not by any means saying you shouldn’t train hard because you don’t need to be sore. Absolutely it’s important to train hard and allow for the principle of adaptation to do its thing, but if you are endlessly chasing a workout that will leave you in pain, you may not be doing yourself any favors.

Of course genetics always play a role and it’s possible you may find you only grow if you are sore. For me I believe the reason I was more sore doing my one muscle per group training plan was because with so much recovery between hitting the same muscle group I don’t think my muscles adapted well enough. It’s possible if you do find yourself extremely sore for days after each training session you are under-trained in terms of maximizing your potential to build muscle which is something I will be getting into in a future article. Sometimes you need to train smarter, not harder.

Round 22: Is Core Training Necessary?

Round 23: The Best Exercises To Build A Strong Ripped Midsection 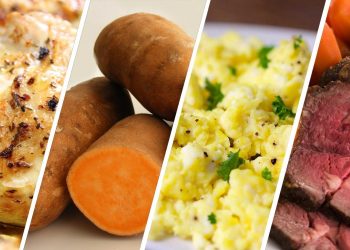