Last week in the introduction to How Do Muscles Grow? we looked at the processes that occur during training that influence muscle growth and the recovery mechanism that the body uses to begin the process of repair. We covered increasing mitochondrial density, sarcoplasmic hypertrophy and myofibrillar hypertrophy as well. Today I would like to continue on with the brakdown of the muscles and also look at the process of exercise-induced hypertrophy, meaning growing our muscles with weight training.

This next paragraph is going to read like a science textbook. If this isn’t for you, feel free to skip down one to where the discussion becomes a little (I said a little) less scientific. For those of you who want to know the whole story, read on.

When our muscles begin the process of breaking down they release toxins including free radicals, which serve to increase membrane permeability and ingest and destroy the tissue debris that the calcium mediated pathways have released. Neutrophils only survive a few days but also are helped by monocytes. These monocytes enter the damaged cells and release toxins to assist in the breakdown of the cell. The damaged fibers are broken down quickly at this point by lysomal proteases, free radicals (they aren’t all bad, and assist in many functions in the body including possibly disease prevention, which is being studied currently) and other substances produced by microphages. These microphages have an essential role in initiating tissue repair. If the muscle tissue does not attract microphages to the damages cells, then the activation of tissue repair does not initiate. This once again illustrates how the breakdown of muscle is what makes it grow. The resulting increase in cellular calcium levels activate an enzyme called phospholipase A2, which causes inflammation and leads to muscle repair and growth. The release of arachidonic acid from the plasma membrane is formed into prostaglandins, resulting in further inflammation, which contributes also to the muscle-initiating repair.

Alright, for those of you who just survived reading the above paragraph, here is the part you have all been waiting for: now that we have trained our muscle and broken it down and looked at the entire process of said breakdown, what happens now? Muscle growth of course!

In order for a muscle to grow it must increase the number of nuclei within each muscle cell. Each nuclei produces a small amount of protein used in protein synthesis. The greater the number of nuclei in each muscle cell the greater the amount of protein synthesis that can occur resulting in new tissue growth. The process by which this occurs is a complicated one, as is everything that goes on beneath our skin.

How does our body produce more nuclei to in turn allow for more muscle growth? I’m glad you asked. Around each muscle cell there are myogenic stem cells referred to as myoblasts. When muscles have been trained and broken down these myoblasts donate their nuclei to the muscle fibers, and that increases the number of myonuclei. The myoblast cells must increase in number in order for this to occur and they also have to become closer to that of a muscle cell, which happens under certain conditions (training) and even more necessary is that they need to fuse together with the muscle cells. All of this is what takes place before a muscle is able to complete protein synthesis in order to grow larger.

When the muscle cell wall is damaged due to tension from weight training there are several growth factors that are produced and release within the muscle cell. Those growth factors are Insulin-like Growth factor 1, Fibroblast Growth Factor and Transforming Growth Factor-Beta Superfamily (yes, really that’s what it’s called). These growth factors can leave the cell after they have been produced and travel to the surrounding areas that have been damaged because cell permeability has been increased due to the damage that has occurred during muscle contractions.

When these growth factors leave the cell it causes the satellite cells (myoblasts) to proliferate and differentiate. The satellite cells then fuse with the muscle cells and give their nuclei that allow the muscle cells to begin the process of muscle growth. The growth factors also promote protein synthesis, such as IGF-1, growth hormone, testosterone, and prostaglandins. Messenger RNA is sent from the nucleus of the ribosomes and is responsible for initiating the process of protein synthesis. This is theorized to happen because an increase in released mRNA is a physical response to the tension and myofibrillar stress and damage caused by weight training and results in incomplete cycling of actin/myosin cross bridges. How this process occurs is understood but the mechanism by which it activates is not yet so.

The mRNA contains genetically coded information for the ribosomes to synthesize proteins (protein synthesis) and the process of building the contractile proteins and structural proteins of the muscle from the amino acids taken from the bloodstream begins.

Next week as this series continues I’m going to take a look at all of those growth factors in greater detail. We all know IGF-1 and testosterone allow us to build bigger muscles, but do you know how they help? When we reconvene, that’s what we’ll be looking at. Until then my friends, 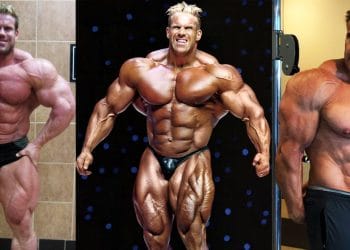 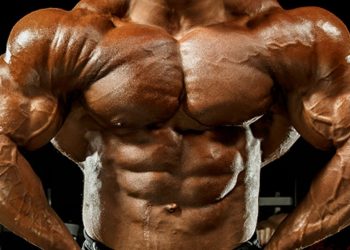 How To Do Drop Sets For Maximum Muscle Growth