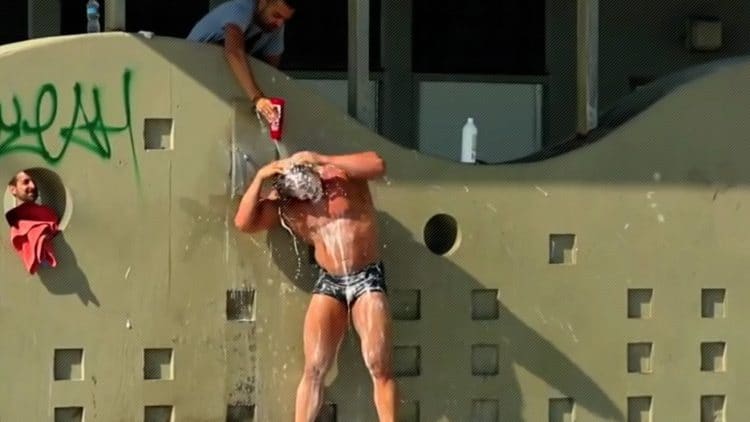 Maybe I’m wrong, but I’m assuming that all that low fat food I see at the grocery store is being sold to consumers because the consumer wants to gain mass of any kind as quickly as possible. Or maybe it’s because the manufacturer of these low fat products wants the consumer to see that their products are lopsided in their macro nutrient profile in an effort to impress them with their scientific food manipulation techniques. Or maybe this is just some half brained marketing scheme cooked up decades ago that preys on the premise that in order to lose fat you must not consume it. Allow me to explain.

A long, long time ago before the internet, yes I’m serious there really was a time before the internet. It was a time when you couldn’t read what someone ate for breakfast in 140 characters. On a side note, what a meaningless existence that must have been. No one would have immediate access to such invaluable information, but I digress. Let me start this story at the beginning.

This time was called the 80’s. Women wore shoulder pads in their jackets and MC Hammer had huge pants and all of his money still. In the beginning of this decade there were those that lifted weights and those who jogged. I’m over simplifying somewhat, but the gist of my message is there were those who lifted weights and were huge, or those who jogged and were thin. Never the twain would meet.

Then someone discovered that the Russians were better at lifting weights because they ran as well as weight lifted. This was a big military secret because back in those days the Russians were sort of the bad guys of the world. At least according to those living in the West.

Taking things a step further, a macro nutrient that today is near extinction known as ‘fat’ was declared evil and wrong. So a new diet featuring no fat was invented and declared the best thing ever, and was combined with the new weight lifting and cardio regime. The birth of a new fitness trend that would flourish and last decades was born.

Incidentally, all the tight clothing that we see these days got started at this time due to all the fit bodies being produced in a new style of gym. Gyms weren’t just for burly guys that lifted huge weights anymore. No longer dark and dungeon like, these gyms began to resemble night clubs. The fitness craze that began when low fat food was combined with weight training and cardio was now at a dizzying apex never before thought possible. Everyone went to gyms. Well, almost everyone.

The other thing that happened sort of unintentionally is people as a whole began getting fatter. Not those that spent hours each week in the gym. It was those who began eating the new low fat food that seemed to be resulting in such fit bodies, but just didn’t do the exercise part. The fatter they got, the more low-fat food they consumed to correct the fat gain and further still they gained fat. Being an intelligent society we quickly tried to remedy this with, you guessed it, even more low fat food.

The theory behind eliminating fat from the diet is two fold. First, fat is very caloric and therefore it makes more sense on paper to eat carbs instead of fats. 10 grams of carbohydrate is 40 calories, whereas 10 grams of fat is 90. That’s more than double so problem solved, right? Eliminate fat from the diet and replace it with carbohydrate and you’ll shed all your unwanted fat and be healthier. Or so goes the theory.

The only problem with the theory was that when carbohydrates are consumed, especially in large quantities, insulin is released into the bloodstream. Insulin has a few things going against it when fat loss is the goal. It is a storage hormone that very efficiently shuttles any glucose in the bloodstream that those carbs have been converted to, into muscle cells and fat cells. Just because you ate carbs doesn’t mean that your burning them. For the average person a good quantity will be stored as fat.

Not to mention you’ll be really hungry all the time as carbs stimulate your appetite because it causes your blood sugar to rise dramatically and subsequently drop back down. When it drops, you feel hungry. Fat has little effect on your blood sugar levels and digests slowly. Fat essentially makes you feel full for a much longer time.

Another roadblock in that fat loss plan that insulin compromises is that when it is present, fat burning doesn’t happen. That means that those people who get up and consume a high carb breakfast before hitting the gym or going for a jog will likely be burning what they ate, and not much body fat. It’s true that they will accelerate their resting metabolic rate however, so they can still use more fat throughout the day as a result.

The third and possibly most detrimental aspect of lowering your fat intake in favor of more carbohydrate is the issue of lowered insulin sensitivity. The more carbs you consume, the more insulin is produced and released into the bloodstream. The more often this happens the less sensitive the cells of the muscles, the place where you want glucose to be stored, will become. The result of this lowered insulin sensitivity is that now the glucose will be converted into fatty acids and stored in fat cells. Unless you’re going on a very long trek across the desert or up a mountain where you’ll be consuming under your maintenance requirement as far as calories are concerned, then adding body fat is rarely of any benefit to anyone.

The long and the short of this post is to draw attention to the fact that it was a sound theory to lower people’s fat intake and replace it with carbohydrate and expect that fat loss will occur. You will lose fat doing this for a while if you simply trade gram for a gram just due to lowering your caloric intake. When the diet is over however, and normal numbers of calories are consumed with carbohydrate still replacing fat in the belief that doing so will halt fat gain, then the huge amount of sugars in the diet will overwhelm your body causing rapid fat gain and lowered insulin sensitivity.

Don’t mistake the message here either. Carbohydrates have their place in any diet, so use them for what they are best suited for. Personally I use carbs almost like a supplement. When I’m really pushing for muscle growth they can be useful for the energy burst they provide, and as a post training meal after truly brutal training. The insulin released as a result of the carbs will shuttle the nutrients into the muscle cells faster and provide some anabolism as well. So use your carbs, don’t abuse them, and give your dietary fat the respect it deserves. Until next time,

Still Having Problems With Fat Loss?