Welcome back to Muscle Talk. When we last met, we talked about the hip flexors and adductors. Do not let the fact that the article was short give you the impression that they do not deserve anything less than our best, with regards to our training efforts. Our hip flexor muscles are important in just about every lower body exercise that we do. For example, when we squat the movement should initiate at the hip and knees simultaneously. It then logically stands to reason that if you’re lifting a substantial amount of weight, you will probably want to have pretty strong hip flexors. As an aside, I want to briefly point out that we have not forgotten about the rectus femoris, which is one of the hip flexor muscles. Since it too is a quadricep muscle, it will be covered when that particular group is given the attention it deserves. With that said, let’s begin discussing how to train our hip flexors.

One of the best exercises to do for the hip flexors is the lunge. Whether we complete them with weights, or our own body weight, this exercise will definitely serve to strengthen our hip flexors. The lunge will of course also train various other muscles in the upper leg as well as the glutes. Due to its capacity to train the hip flexors and stabilizer muscles, the lunge has to be listed as a go to exercise for the hip flexors. Another similar exercise that serves the same benefit is the split squat. The movement is similar to that of a lunge, but there is no forward or backward movement, only a split stance, and the extension and flexion of both the knees and hips. Barbell step-ups are another great exercise in terms of functionality. Step-ups will force you to stabilize the weight as you lift yourself onto the bench. It’s almost like doing an elevated lunge. As we have already discussed the relevance of the lunge to the hip flexors, this exercise must also be considered an important one in the training of our hip flexors.

There are a couple of less obvious exercises that are very good as hip flexor builders as well. The first example is the good morning. This exercise is truly a great one, and targets our lower back muscles as well as our core musculature. This is a good exercise to incorporate for its versatility in that regard. The good morning has additional value as an exercise, as when it is executed correctly it will effectively teach us about the proper spinal alignment needed for several other exercises including the squat, and the deadlift. As far as the hip flexors are concerned, the good morning is performed by flexing the torso at the hips, and then extending the torso at the hips as well. The technique necessary to perform this exercise makes it a viable alternative training method to use when targeting the hip flexors.

A lot of core exercise that lift the legs off of the floor will also target the hip flexors as well. There are many examples, but the one that stands out is the bird dog. It’s a simple exercise with no additional weight required. Simply get on all fours, and then proceed to extend one leg as well as the alternating arm. You can do bird dog’s also by extending one leg at a time, but by forcing instability and extending an arm as well, our core is activated. As a result we effectively train the hip flexors and core simultaneously.

The adductor muscles are responsible for lifting the leg laterally. When we train the posterior, and anterior aspect of our legs we have a tendency to overlook the adductors. These muscles are vital for lateral movements such as side-stepping, or sudden changes in direction. Many sports dictate that the athlete will be required to make abrupt turns as part of the game. If the athletes adductors are weak when doing so, then a groin injury is likely to be the eventual outcome. Let’s talk about how we can train these muscles to prevent injury, and to unlock even greater strength in the upper leg.

The best exercises to strengthen the adductor muscles are sumo stance squats, and sumo stance deadlifts. When we perform a sumo stance version of either of these exercises, we are shifting the focus on to the inner portion of the upper thigh. This is where the adductors are located, so when performing the squat or deadlift keep these variations in mind to vary the stimulus, and train the legs three dimensionally as a result. This will train the muscles we normally target when performing these exercises, as well as focus on the adductors of the inner thigh.

Training the abductor muscles is fairly simple if you are fortunate enough have an abductor machine at your gym. If you are not one of those that has this option, then cable abductions are a good exercise as well. Stand next to the weight stack of a cable machine, and attach a low cable to your outside ankle. Then lift your leg laterally, or away from the machine. Only go as far you feel comfortable ,and then lower the weight.

By looking at our lower body as being more than just quads and hamstrings, we can begin to see how complex the movements that our legs are capable of doing really are. Furthermore, we then must apply this knowledge to our training in order to get the full benefits, and work all of these muscles successfully. Just like focusing on our core can be the difference towards a bigger bench press, strong hip flexors can be the link that needs to be strengthened in order to take your lower body lifts further.

I hope you will be joining me again tomorrow for the continuing Fat Loss Facts series. We have been discussing insulin, and the effect it has on our diet the past couple of weeks. Tomorrow I’d like to introduce you to another biochemical that greatly impacts our fat loss success. I look forward to it! 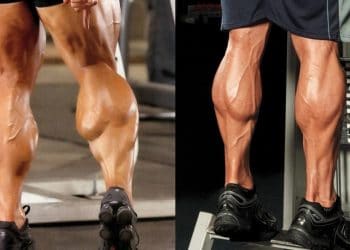 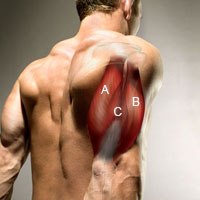 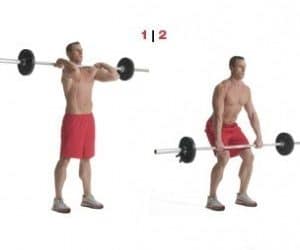