Most exerciser’s, regardless of their level of expertise, understand that program periodization is critical to continued progress. If nothing changes, nothing changes… Once a muscle (or group of muscles) adapts to a routine, it no longer has a reason to change, and thus, ceases to improve. Hence, the application of periodic modifications to our training regiment ─ the goal of which is to stimulate the muscle in unfamiliar ways ─ will prompt the muscle to adapt to a new set of challenges. The result? New growth, increased strength, greater endurance, or all of the above.

Thinking of it in simpler terms, most of us know how to ride a bike. Once we’ve mastered that skill, there wasn’t much room for improvement. We’ve hit a plateau. Now, all too often, when trying to change-up our routine, we don’t make significant enough modifications to have a real impact on our bodies. If you look at your workout as being represented by a blue bike you know so well, when we make changes, we often will simply paint that blue bike (routine) a different color: red, green, yellow… It’s still the same bike ─ the same routine ─ just in disguise.

On the flip side, some exerciser’s go to extremes when periodizing. They jump off that blue bike and onto a unicycle… blindfolded, riding backward! Far too drastic and equally as ineffective if your body isn’t conditioned enough to meet the new demand.

The reality is, modifications can be simple in execution, yet masterful in effectiveness.  One such technique, which employs slight variations in joint position in your existing exercise prescription, might be enough to awaken a sleeping giant. It’s really just a matter of simple physics.

From a purely anatomical point of view, muscle contractions serve to flex and extend appendages around your joints. When I perform any given exercise, the muscle used to execute that exercise must fire in a specific way for me to successfully complete that motion. The more I repeat that exact exercise under the same conditions, (using the same eccentric and concentric contractions, hand position, grip width and torso position, all of which determine joint position), the more proficient my body becomes at executing that movement. Eventually that movement will no longer be a challenge.

However, if I change the position of the joint around which the muscles are firing, the muscles will invariably have to change the way they fire in order to successfully execute the movement. When we change how a muscle fires, we change how it is stimulated. Variations in stimulation create new conditions to which the muscle must adapt. The result? New growth, increased strength, greater endurance, or all of the above. Sound familiar?

If you look at the factors that determine joint position mentioned earlier, (hand position, grip width and torso position), variations in any or all of these components can create a new experience from a very familiar exercise. We illustrate this with the basic lat pulldown. Standard position for this movement involves using a wide (48 inches), straight bar angled at the ends to accommodate the natural contour of the back as well as minimize strain on the wrists.

We typically execute this movement using a pronated grip (palms facing forward or away from you). From this starting point, move each hand a few inches closer to the center. Using the same weight, execute a pulldown. You should feel a slight difference in how the muscles are firing. That’s because your joint is in a new and unfamiliar position. Now move your hands in even closer. You should experience a “similar difference” (oxymoron?). Anytime it feels different, you’re working differently, hence eliciting a new response and stimulating change.

So, consider what other ways you might modify joint position with this exercise alone:

So from this illustration, you have at least 16 options with just the pulldown. We haven’t even factored in pull-ups (or rows).

Now, there’s something to be said for proper posture and exercise. And, there are varying opinions on what is most effective. For our purposes, we’re going to consider sitting completely upright  during a pulldown as the proper starting point. From this upright position, however, introducing slight angles to the torso will also modify the joint position. This is not to say that we should hit a full-blown layback, turning a pulldown into a row. But, slight angle changes lead to new types of stimulation and can effectively target different parts of the muscle.

Next week, I’d like to elaborate on this further, and explain how this same protocol can be used for sculpting as well.

Natural Bodybuilding with JC: I Want It All! 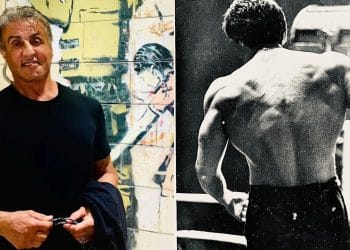 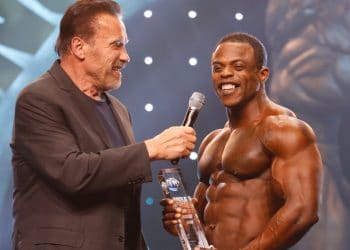 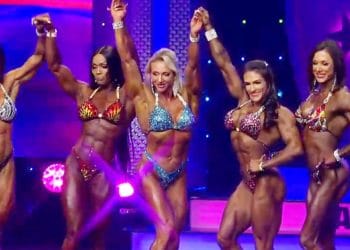 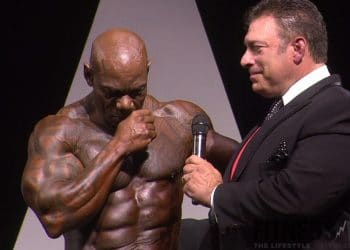 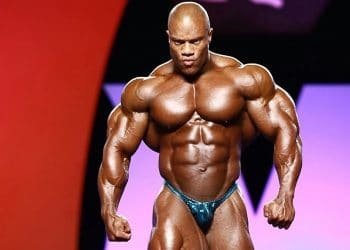 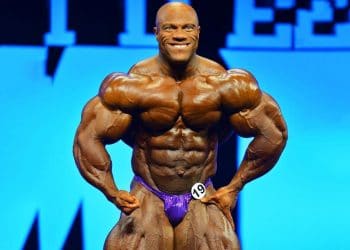