What to do When You Don’t Want to Train

Here’s hoping that everyone had a happy and healthy Mothers Day yesterday. I’m a big believer in the modern family in the sense that the father has an equal responsibility to his children, and the work that comes with them, as their mother. It’s an experience that you really should want to share with your children as well as your partner. There are of course those intangibles that only a mother can provide and children feel in their hearts whatever that special something is. Now getting to today’s post which may be of particular relevance…

This happens to all of us sometimes, and sometimes it happens for what seems to be long periods of time. Or so it would seem whenever we go through those lulls or plateaus or some event occurs and has us pondering the age old question of ‘what is this all for’? If you’re involved in one of those deeply introspective philosophical conversations with yourself discussing the meaning of your own existence and your place in the universe then by all means, take a day off from training. The world will still be turning and the sun will rise again tomorrow whenever you come to the inevitable conclusion that the conversation you’re having with yourself is best left once again unsolved, and life must be lived regardless of it’s undetermined meaning.

There are lots of great reasons to take time off from training, but what I’m specifically referring to here are those days you wake up and don’t want to train, or get home from work and don’t want to go to the gym, or it’s the weekend and you just don’t feel like going today at all, regardless of the time. As a person that prefers to train first thing in the morning I can tell you that I could probably talk myself out of dragging myself out of bed and into the gym about 90 percent of the time. I don’t however, as the goals and plan that I have set for myself are such that training every day that is on the schedule, and training what is on the schedule, make it a priority above wallowing in indecision or just plain laziness.

That’s why anyone who’s ever accomplished anything, unless it was completely by accident, has followed a plan. Of course there also were a series of smaller goals that all added up to the bigger goals. Boring stuff I know, and I’m not going to dwell on it, but a plan really is step one in a successful training regimen.

Now that we’re clear that it’s best to know where we’re going so we can aim ourselves in that direction and eventually get there, what if that’s still not enough to convince you to get training today, or even tomorrow? Maybe you’ve got the right idea and just aren’t aware as to why skipping training may help you get where you want to go even faster.

Another thing apart from having a plan that I’m a big believer in, is intuitive training. As in if you’ve been training long enough, you know what your body needs. You know when it’s time to really push hard and you know when it’s a good time to focus on more moderate weights and sort of coast for a little while. Sometimes not wanting to train, especially if it’s a really nagging persistent desire to skip training, is just another message you need to hear. It’s yourself telling your inner super athlete that it’s best to maybe just take a little rest. Now if you hear this voice every Friday after a late night every Thursday, then maybe you aren’t hearing the correct voice, but that’s another post for another day.

If you’re the typical trainee, then you go hard all the time. You push and push and when the going is good, it’s like you’re unstoppable. You’re lifting heavier, your form is improving, your joints feel like they’re precision instruments all working together in perfect harmony with your muscles. For lack of a better word you feel like you’re a machine that’s been designed to do this task of weight training. You’re unstoppable and unbreakable, but even machines break if they aren’t maintained.

I hear the comparison between the human body and a machine used often when weight training is involved. That’s not at all accurate however, as the human body is more like a tree or a lake, but those comparisons don’t have the same panache as machine. It’s a delicate system that has so much more going on at one time than the simple functions of a machine. Just like that tree or lake, your body can also repair it’s own damage if given enough time and the proper set of conditions.

The human body, if very carefully monitored, can operate at near precision and a continually higher output, relatively speaking, almost indefinitely. I say relatively speaking because at some point that forward progress is going to slow to a near crawl, but unlike the machine, there is still progress occurring. It’s the carefully monitoring part that is often ignored by your inner super athlete and by ignoring the signs, forward progress may halt.

For example, for weeks and even months your training has been progressing really well and now things feel like they’re slipping a bit. This is the time when most of us dig in and really fight to keep going, and that’s the right thing to do. It’s at these times however, that I know it will only be a matter of weeks until a change of pace is needed to allow those gains to catch up and those lowered hormonal levels to get back to, or above normal.

Competitive weightlifters take this approach for every competition. They train themselves ragged leading up to the event, and then about two weeks prior to competing they follow a carefully planned maintenance routine known as tapering. They train for less time and not as hard, to allow their bodies to reap the results of all of their training in the months previous so that on the day they lift in the competition, they are stronger than ever.

Those of us that don’t compete and have no day on the calendar to time our peak for must learn to rely on our own signals as to when to push and when to coast. If I’m really not into training at all even though I’ve been getting into the gym and just going through the motions, allowing my body to recover while still staying active, then maybe it’s time for a rest. For a day, a week or sometimes even a month. If you’re in this for life like I am, then it’s the long term that you always have to keep your eye on. If taking some time off prevents a serious injury, then you have just bought yourself more time in the gym. It’s all a matter of perspective. Until next time, 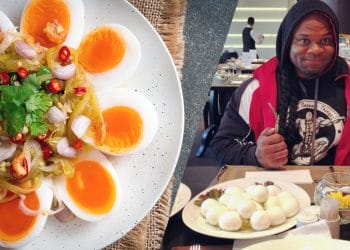 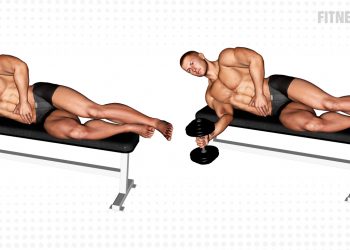