No Result
View All Result
Home Lifestyle My Way

My Way: The Problem with New Year’s Resolutions

Well, it’s that time of year again. It’s time for everyone to make their New Year’s resolutions. I won’t be making one and I haven’t in many years. I would go as far as to say I really dislike New Year’s Resolutions, but I’ll get into that later.

I think we can all probably agree the most common resolution is to lose weight or be healthier. What those resolutions mean is it’s time for the gym to get flooded with people claiming this year it will be different. This is the year they will finally get in shape and make a real difference. Come February many of them will be gone, and by March there will only be a few stragglers left, just like every year. There will of course be a few strong people who make it, and to them I give a huge pat on the back.

Do you ever wonder why it is there is so little success with New Year’s resolutions? I think in large part it’s because they are a little forced. People feel bad about themselves for overdoing it over the Holidays. Many may even go into it thinking they’ll just lose what they gained in the last couple of months. They are also often last-minute ideas that didn’t have much thought put into them and there is no plan.

Not having an action plan in place is a big part of the problem. Even worse is when they think that what they’ve done in the past has worked, so they’ll just try that again. Sorry, but if you lost 30 pounds last year and then gained it back, it didn’t work. If your goal is to lose weight, then you need a plan to lose that weight and keep it off. The crash diet that is so commonly used is not going to bring long-term success to anyone. I won’t even talk about how unhealthy it is. Bottom line is the crash diet is not something that is sustainable. It needs to be a lifestyle change because permanent results come from permanent changes.

Similarly to the problem of not having an action plan is that often the only real plan is a specific goal. While goals are certainly good, what good is a goal if you have no idea how to get there? Whether your goal is to lose weight, build more muscle or just flat-out be healthier, the problem with focusing on the goal is people get frustrated with it. It proves to be difficult, or it takes too long. There should be no time limit to attaining a goal, because if it’s something you want to sustain then time shouldn’t really matter. It matters more that you are doing the right things and making progress. You should be focusing on the process more than you are focusing on the end goal.

Okay, by now you’re probably wondering why I said I hate New Year’s resolutions. Well it’s pretty simple really. The main purpose of a New Year’s Resolution is to change something about yourself that you don’t like, right? It’s a way people use to hopefully better themselves. That all sounds great, but what I don’t like is why does it take a new year to come to this decision? If there is something you don’t like about yourself then change it! It doesn’t matter when it is. We can all always make improvements and become more like the person we want to be any time we want, and we should.

So often I hear people who don’t like something about themselves say things like “It’s just the way I am” as if to say they were born a certain way and they can’t be changed. I don’t believe that to be true at all. I’m sorry but nobody just IS a certain way, and if you are a certain way now doesn’t mean you can’t change. I find it mind-boggling that people can truly hate things about themselves, but not be willing to try to change it. Life is too short to hate the way you are. So this is why I say nuts to New Year’s resolutions. You shouldn’t need a certain date or event to get you to change things you don’t like about yourself. In my opinion everyone should work on being the person they want to be at all times.

With all that said, if you are planning on making a resolution to get fit by all means please go for it! The idea of a resolution is great. I just wish people wouldn’t wait to do it once per year (and then do it half heartedly.) If you feel like not following through with it, try to remember why you wanted to change in the first place. Don’t let yourself down, I promise it will be worth it!

My Journey: Dieting During The Holidays

My Way: Got Genetics?

My Way: A Helping Hand

My Way: In Life And Lifting – Control The Negative, Part 1

My Way: A Letter To Myself

My Way: Take Care Of Yourself

My Way: Willpower or Choices – Part 3 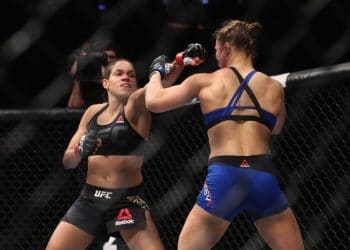 My Way: Willpower Or Choices – Part 2