As the holidays are fast approaching, the more we seem to consume in terms of sweets, foods of all kinds, and especially alcohol. Holiday parties, family gatherings, they’re all wonderful places to pack on the extra calories by a glass of wine here, or a cocktail there. It may not seem like the calories are adding up just by the drink in your glass, but let me give you some examples:

1 Corona has 148 calories (how many beers do you drink when just sitting around with your friends?)
1 5oz glass of generic red wine has about 125 calories (do you only drink 5oz of wine?)
1 regular sized mimosa has about 137 calories

The list could go on. I’m not against having a few beverages over the holidays, but I think you should be smart about it too! For me, my “clean drink” of choice is 1oz of vodka topped off with club soda and a lime wedge. That would contain about 73 calories, about half the calories than the above mentioned drinks. The good part about the vodka/soda I drink is that it has very little to no sugar in it. When I was in college, and in my prime party stage, I used to drink rum with diet coke. I quickly came to realize that the rum would send my blood sugar into the high range (I’m diabetic) and that I was also consuming so much gross, unnatural stuff through the diet coke. A friend of mine introduced me to vodka soda, and at first I thought it too was gross, but I stuck with it and now it’s the only thing I will drink. There’s no sugar in it which helps with not getting a hangover, and my blood sugars weren’t skyrocketing making it an overall healthier choice for me.

Another great choice for a clean drink is what’s called a NorCal Margarita. This is Robb Wolf’s (the author of The Paleo Diet) drink of choice is because tequila is fermented from agave juice, which means its starch and gluten-free. The recipe is as follows:

The insulin release in your body after consuming this drink is blunted by the lime, which helps maintain insulin sensitivity. The limes give your body an alkaline kidney load, and the carbon dioxide in the club soda helps ethanol enter the blood stream more quickly so you can drink less, but have the same effects as other non-carbonated drinks.

The reason I would consider vodka a clean drink (I mean the non-flavored vodka) is because the good stuff is actually distilled from grapes or potatoes – both contain no gluten – but be sure to read labels because some of the cheaper vodkas are no longer made from potatoes.

Obviously the less alcohol we consume the better, but it’s understandable that most of us will at some point drink some over the holiday season and I want to make sure you’re smart about the drink decisions you make!

Until next time – stay healthy! 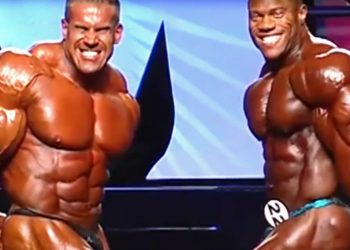