Natural Bodybuilding with JC: If I May…

OMG – what is he doing? Quick, take a picture and put that on Facebook!

We’ve all encountered these moments in the gym, where you observe someone doing something so strange, so awkward, and so unsafe, that you just want to run across the gym screaming STOP! But how many of us have done something about it? Probably very few.

Inexperienced gym patrons can essentially be broken into two groups; ‘Novice,’ and my favorite, ‘Broscientists.’ When it comes to workouts and fitness in general, I find that ‘everyone is an expert.’ It always seems that everybody has the answer to eternal life, the secrets to the fastest muscle-building techniques, and the knowledge of proper nutrition.

A lot of inexperienced gym goers are very eager to implement new ‘breakthrough’ techniques that are often printed in muscle magazines. What’s worse, once they adopt these techniques it appears they develop the mindset that it is undeniably correct. You will see them in the gym, working out with the greatest intensity, and drawing the attention of those around them. Out of curiosity, many will ask about the new techniques, and the ill-advised and unknowledgeable gym goer instantly transforms into a Broscientist.

Fitness is a very touchy area for many, and this may be the product of the gym becoming a very intimidating place. Everybody wants to give off the impression that they are not only capable of performing difficult and complicated workout routines, but that they are also knowledgeable in the area. Unfortunately, a lot of the information floating around on the internet and in magazines is just unfounded Broscience, that is ultimately likely to get you injured and will translate into no success whatsoever.

There is a lot of good literature on this website regarding body mechanics. I highly recommend you touch up on the basics of body mechanics and the natural movements and postures of the various parts of the human body. Whilst we are capable of moving, bending, stretching, and manipulating our bodies into all sorts of positions, there really is no reason to test this ability when in a gym. For all intensive purposes regarding weight training, I’m going to offer these simple words of advice: Keep it simple. Pick it up, and put it back down.

Sticking to your basic compound lifts (with good form, minus any new-age addition or techniques), is the best way to guarantee a safe, enjoyable, and beneficial lift. Take a look at power lifters, for example. You will never see them wrapping themselves with cables in the jungle gym, doing squats on a ball or upright dumbbells, or using their hands to pedal on an exercise bike. To see gains, you need to stimulate the muscle, not strain the body or slip a disc.

I’m typically not one to intervene. I don’t want to be ‘that guy,’ but there does come a time where something should be said in the interest of safety. I’d rather be the ‘jerk that thinks he knows everything’ rather than be witness to a horrific accident. I will never run to a person and yell at them to stop what they are doing. My approach is to inquire about the workout and express interest in the form, method, and perceived benefit. I will casually add how I train the same muscle, and if I am familiar with research on the matter, I add it as an “interesting side note.” You won’t change the mind of a Broscientist, but you can hopefully plant the seed for them to continue their research.

The second category, the novice, is an easy find in the gym. They don’t typically perform ridiculous and dangerous stunts in the gym. They tend to go one of two ways, really light or really heavy. If they are courageous, they attempt free weights. If they are timid, they remain on machines. I’m trying to avoid stereotyping, but they typically bounce from exercise to exercise and spend way too much time on isolation exercises for the arms, only second to the abundance of reps for chest performed on the flat, incline, and decline bench.

Unlike the Broscientist, the novice is eager to learn and is more often than not willing to accept the advice or recommendation from a veteran. I feel more comfortable helping novice lifters. We all have to start somewhere, and if someone had helped me along the way I can’t help but feel I would be twice as big as I am today.

Novice lifters often require direction in several aspects of a workout routine, particularly grouping exercises, appropriate weight, and form. A simple approach of “hey buddy, I see you are doing dumbbell curls for your bicpes. I love that exercise too, however, you might want to try a lighter dumbbell. It will allow you to run through a greater range of motion without having to strain your back to curl it.” Sound cheesy? Sure – but if he is serious about wanting gains he will listen.

Many times I also notice that I am tailed in the gym. This is very common. I did it when I was a novice! Watching and taking notes on the ‘big boys’ in the gym is a great way to get ideas for workouts and form. There are just a couple of things you want to watch out for when doing this. The first, be discreet. Do not blatantly follow and stare. It is rude and distracting, to say the least. Secondly, adjust your workout accordingly, allowing for lighter weight. Do not try to compete with the big boys or lift a weight that you believe will be impressive. This is especially true if it is a workout you have never tried before.

When I notice I am being tailed I perform my movements slow and easy, allowing the observer to properly note form and my repetitions. I’ll admit, it is flattering, so I really don’t mind slowing down my workout if it means I am inspiring someone else. If the person tailing me follows my exact routine, meaning he gets on the same equipment as soon as I am done with it, I watch from a distance. If I feel that intervention is required, a simple introduction goes a long way. “Hey man, I see we pretty much have the same workout today….” The rest progresses from there.

In my early days of squatting I was led to believe that my form was correct, when in actuality it wasn’t, and I was not going low enough. As a result of the partial rep, I was able to ‘squat’ really heavy, racking weight in excess of 365 pounds onto my 150 pound frame. There was one guy at the gym that would constantly hound me about not going low enough. He was not gentle. He was not smooth. He would blatantly scream across the gym, GO LOWER. When I was done with a set, he would approach me and say things like, “You’re not going low enough. You’re just doing yourself a great disservice.” Did he offer to show me how to do it? Did he offer suggestions? No – he gave excuses as to why he DIDN’T squat himself. It got to the point that I had to avoid him while I was at the gym, do sets when he wasn’t looking, or alter my workouts around him and his schedule. It was a very uncomfortable environment for me because he made me feel stupid.

On one particular occasion, I had 365 on my back and a spotter behind me, and I was doing what I thought was a solid squat. From behind me I hear a scream, “GO LOWER.” Well, I went lower, and you can guess what happened. I sat down with it. There I was, crumpling under 365 pounds with my butt on the floor and my knees around my face. I may not have been performing the workout to get the most out of it, but his approach to ‘helping me’ was actually incredibly dangerous and almost caused a serious injury.

The key to approaching anybody in the gym is to avoid alienating them. Like I have said before, you don’t want to be the reason that somebody doesn’t return. The last thing you want to do is embarrass somebody or make them feel stupid. 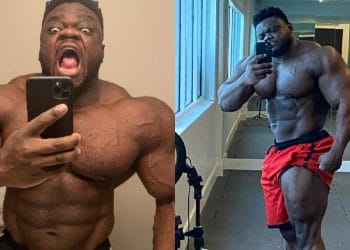 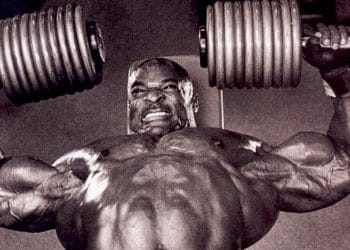