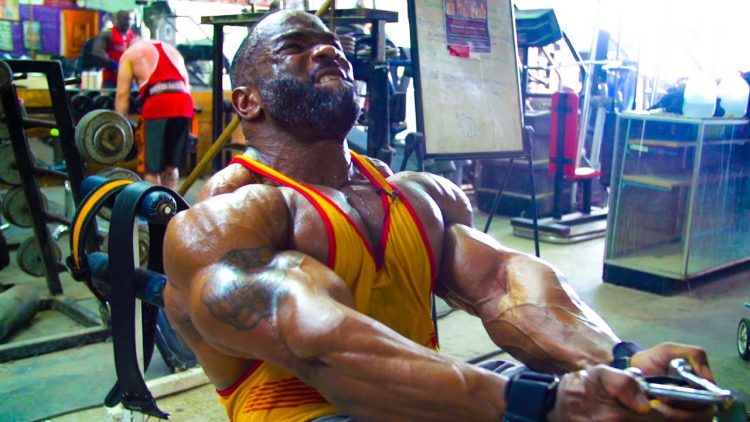 A big issue that bodybuilders and athletes have is where the calories go when you eat more of them, and where do they come from when you eat less of them. If everything went perfectly then, every calorie you ate would go to muscle tissue, and none of it would go into fat cells. This way you’d gain pure muscle and no fat. Conversely, every calorie used during dieting would come from fat stores. All of the weight you’d lose would be pure fat, and none of it would be muscle. For those of us that train without the very definitive advantage of drugs, this is not going to be the case.

There are some that will lose as much as one pound of muscle for every three to five pounds of fat that they lose when they diet. These are the same people who will put on about an equal amount of fat and muscle when its muscle-building time. This is why the genetically advantaged individuals tend to put more calories into muscle when they are eating to gain, and will draw more calories from fat cells when they diet. Those that have this luxury tend to stay naturally lean and have a relatively easy time getting to low body at levels.

Science actually has this categorized into something called a P-ratio. The P-ratio represents the amount of protein that is either gained or lost during over or underfeeding. A low P-ratio when dieting would mean you used very little protein and a lot of fat. A high P-ratio would mean that you used a lot of protein and very little fat. P-ratio is more or less the same for a given as most will gain about same amount of muscle when they are eating to gain, as they lose when they diet. This is another expression of homeostasis in action. Each persons body is trying to maintain itself.

The main factor when it comes to P-ratio is genetics, but there are others factors such as hormones. High testosterone levels tend to have positive effects on the muscle to fat ratio, while chronically high levels of cortisol have the opposite effect. Thyroid and nervous system functionality also affect metabolic rate and fat utilization. An optimally functioning thyroid and nervous system means better fat utilization, which means less muscle loss when you diet. It also means less fat gain when you’re in a muscle-building phase. The levels of these hormones are governed by our genetics, but we can do our best through diet and training to help them function at their highest capabilities.

In contrast, when you diet, it’s actually better to be insulin resistant. When limiting the muscle’s use of glucose for fuel, you not only spare glucose for use by the brain, but you increase the muscles use of fatty acids for fuel.

In addition to hormonal advantages, it’s likely that the genetic elite have high skeletal muscle insulin sensitivity. They likely store large amounts of calories in muscle leaving little to go to fat cells. Their bodies also don’t have to release as much insulin in response to food intake.

Individuals with poor skeletal muscle insulin sensitivity tend to overproduce insulin, and don’t store calories in muscle well. If you are one of those that doesn’t get a pump easily, then you likely don’t store glycogen in your muscles effectively, meaning you’re insulin resistant in your muscles. This means you spill calories over to fat cells more as well.

The main indicator of P-ratio during muscle-building or fat loss phases is body fat percentage. The more body fat you carry, the more fat you tend to lose when you diet, and the less fat you carry, the less fat you tend to lose. It’s also true with muscle as naturally lean individuals tend to gain more muscle and less fat when they are eating to gain,  and fatter individuals tend to gain more fat and less muscle when they are eating to gain.

Another reason is that the more fat you have, the more fatty acids you have available for fuel. When fatty acids are available in large amounts, they get used. This spares both glucose and protein. The leaner you get, the more difficulty you tend to have mobilizing fatty acids, because the body has less to use. This increases reliance on amino acids for fuel.

Body fat percentage controls metabolism more than by providing fatty acids. Body fat stores are an endocrine tissue all on their own. They release various hormones and protein that have effects on other tissues. The most important of these being leptin, but that’s far from the only one. There are others like tumor necrosis factor-alpha, several interleukins, adiponectin and other compounds released from fat cells that send signals that affect metabolism.

This all sounds very complicated, and it is. Nothing is simple when it comes to what is happening inside our body. The aim of this series is to explain ways that will make it more probable for you to create an environment to build muscle and lose fat at the same time. This first edition is explaining what the factors involved are, so that you can begin to understand what it is that may be working for you, or against you. With that information, you can begin to formulate a plan as this series unfolds.

Is It Possible To Build Muscle And Lose Fat? – Part 2

Is It Possible To Build Muscle And Lose Fat? – Part 3