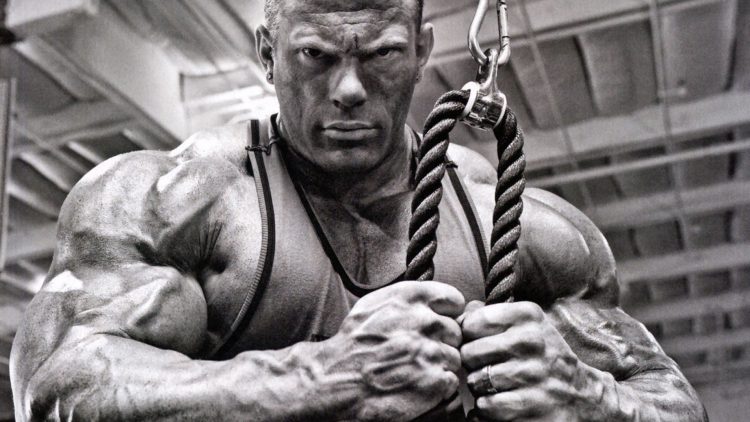 So far in Part One we looked at the processes that occur during training that influence muscle growth and the recovery mechanisms that our body uses to begin the process of repair. In Part Two we focused on the breakdown process of the damaged muscle and the process of muscle growth including looking at some of the growth factors our body uses to complete this process. Today I’m going to look further into the growth factors previously mentioned and add a few more, and explain their function in the muscle-building process.

The first muscle mass building growth factor I’m going to expand upon is Insulin-like Growth Factor-1. There are two different types of IGF-1, paracrine IGF-1 and autocrine IGF-1. Paracrine IGF-1 is made mostly in the liver and makes its way through the bloodstream to the tissues within the body that are in need of its assistance. Autocrine IGF-1 is manufactured locally within tissues and is only available to those tissues. There must be receptors on the surface of the muscle cells in order for pancrine IGF-1 to enter the cell and exert its anabolic effects, but autocrine IGF-1, which is released during high tension contractions, does not need to enter the cell as it is already inside where it was manufactured. Once inside the cell, or already inside the cell as the case may be, IGF-1 interacts with calcium activated enzymes and begins a process that results in protein synthesis. The calcium ions that were released during the intense contractions and the ones that move into the cell when the cell membrane is damaged allow for the necessary enzymes to be calcium activated.

IGF-1 plays such a large role in protein synthesis due to the fact that it makes protein synthesis at the ribosome (covered in part 2) much more efficient. Insulin has a similar effect at the ribosome. That’s why it’s called Insulin-like Growth Factor. It is also why it is suggested to consume fast digesting carbs after training in order to raise your insulin levels. As Colin has been discussing in his ongoing Protein Synthesis Series, this may not be entirely thought through. It is IGF-1 that will allow for greater protein synthesis, not insulin.

Another popular growth factor is the almighty Human Growth Hormone. GH is believed to illicit its effect by causing the liver and muscle cells to release IGF-1. GH itself has never actually been proven to be anabolic, although its fat loss properties are very much desired. Hard weight training with plenty of lactic acid build up will cause the levels of GH to increase in the bloodstream and this will signal the liver to release pancrine IGF-1 and the muscle cells to release autocrine IGF-1, which of course leads to an increase in protein synthesis and allows for the possibility of muscle tissue growth.

Prostaglandins, which cause inflammation and are usually considered a bad thing, (because inflammation is always bad, right?) are also involved in both protein degradation and increased protein synthesis. PGE2 enhances muscle tissue breakdown, and PGF2-alpha increases protein synthesis. PGE2 does more than just break muscle down though, because it also induces the satellite cell proliferation and infusion (both covered in Part 2). PGF2-alpha is not entirely understood but it is believed that it increases protein synthesis efficiency at the ribosome.

Now let’s talk about everyone’s favorite hormone: testosterone. Free testosterone, which is the kind that is not bound to binding protein, moves freely through the muscle cell membrane and when it is inside it activates the androgen receptor. Testosterone that is bound to binding proteins must first activate receptors on the muscle cell’s surface before it can enter the cell and exhibit its anabolic effect. The number of receptors on the muscle cell’s surface is what controls this and why it is argued that using more steroidal testosterone beyond a certain point will only increase the side effects related to the androgen and not actual muscle growth.

Once the androgen receptor is activated by the testosterone it then makes its way to the nucleus and begins the protein synthesis. Due to this fact testosterone directly causes protein synthesis and for this reason it is considered the most anabolic hormone found naturally in the body. Testosterone also increases the satellite cells sensitivity to IGF-1 and FGF (Fibroblast Growth Factor), which results in promoting satellite cell proliferation and differentiation. Higher levels of testosterone also mean higher levels of GH and IGF-1. Lifting heavy weights is the most effective, natural method of increasing testosterone release and thereby circulating testosterone levels.

Conveniently, when we are finished training, our muscle cells are more receptive (literally) to testosterone, IGF-1 and GH. The process by which our muscles are damaged during training, broken down and overcompensate (grow larger than they were before) can take as little as several hours to several days. Those who are well-trained, or anyone reading this article I imagine, will complete the process of protein synthesis in less that 48 hours. Although not the subject of this article, this to me is evidence that conventional bodybuilding training (four-day splits or training each body part once per week) is far from ideal as far as growing muscle is concerned.

Type II muscle fibers contain the largest amount of actin/myosin and generate the highest level of tension and therefore contain the largest amount of contractile elements and have the greatest potential for growth. In order to train for the greatest amount of growth you must lift heavy enough weights to properly stimulate these fibers and you must keep them under this intense tension for long enough also. This is where you must tread carefully if experimenting with increasing training frequency to increase muscle growth. There still must be adequate recovery so more frequent training must be tempered with lower volume.

When we next get together I will continue to look at other factors that influence muscle growth. My intention is to allow you to understand all of what is involved so you can make your own intelligent decisions regarding your training and ultimately have more control over your results. Until next time my friends,

Still Having Problems With Fat Loss?

The 12 Best Trisets for Bodybuilding

Straight sets like three sets of ten or four sets of eight are the cornerstone of most bodybuilding programs. They’re...