I said recently in a semi-related post on alcohol, that I was beginning to question pre workout nutrition due to the fact that intense training while fasted elicits a greater anabolic response. Now, I am going to go about explaining where I am currently in the thought process regarding the consumption of nutrients prior to training. I’m going to do this in my typical fashion, which means I’ll be looking at the various factors that must be considered in order to draw any kind of conclusion as to whether it is, or isn’t a good idea to incorporate pre training nutrition into your regimen.

Today, I’m going to look specifically at sugars. I mean carbohydrates of any kind. That can be a bowl of oatmeal before hitting the gym, or a protein shake with whatever form of carbs you choose to use in the shake. It is pretty much a given that some form of carbohydrate should be consumed before any type of activity is started in the gym. The reason for this is that the carbs will provide quick energy to the working muscles, and as a result you’ll be able to work harder. I’m not questioning this. I agree totally that carbs will enhance athletic performance, strength and endurance.

What if your goals were not entirely performance based? Like those of a bodybuilder whose goals are to grow muscle and not necessarily to get stronger (yes there is a correlation, but the ultimate goal of a bodybuilder is not to build strength). Also, what about someone wanting to lower their body fat level? Does performing at the highest level guarantee better results? On the surface, yes, but we are going to be looking deeper than that today.

There is the issue of hormonal response to training as well that needs to be considered if you are in the demographic of those who train for muscle gain or fat loss. In one study that was sponsored by The Endocrine Society, the result of taking a 75 gram glucose test was that the subjects of the study had their testosterone levels drop by an average of 25 percent. This is far from ideal circumstances to be building muscle or utilizing fat for energy.

Previous research has shown that a high level of insulin, the hormone primarily secreted after eating, is related to low testosterone levels. Like eating, glucose intake causes blood glucose (sugar) levels to rise, which stimulates secretion of insulin. Of the 74 men used in this study, 73 had significantly lower testosterone levels measured at two hours after the test was administered. Testosterone drops immediately by 25 percent with the consumption of sugars, and then stays suppressed after two hours? (and then some, as there was no time given to when the level of testosterone returned to normal) This is not the anabolic environment that training our muscle is supposed to create.

Testosterone also plays a role in fat loss, but without side tracking into that issue, the elevated insulin is all that is needed to impair any kind of fat burning that may take place during training or cardio if you consume carbs pre workout. If fat loss is your ultimate goal, it really makes no sense at all to consume any carbs ever prior to training.

Then why is it always suggested to consume carbohydrate before any type of training? The first issue I already covered. Your performance will definitely benefit from ingesting carbs before you train. My strength is probably five percent higher (or so, I’m just choosing an average and nice round number) when I ingest 50 grams of fast digesting carbohydrate before I train. I’m not an athlete however, so if my weights are off by 10 pounds here and 15 pounds there, but my hormonal response is better and the resulting protein synthesis and hypertrophy are higher as a result, where exactly am I gaining from the increase in poundage being hoisted?

Another reason why pre and post training nutrition is considered a must in the muscle building community is steroids. Stimulating or suppressing your natural hormone levels is of no consequence if you are already receiving well above normal levels of exogenous testosterone. Not to mention the rampant use of post training insulin that every pro bodybuilder (excluding natural bodybuilders of course) uses in this modern era. A post training shot of insulin and a tube of icing sugar is instant glycogen super-compensation (combined with massive amounts of testosterone and growth hormone, the resulting cellular mutation means building muscle past the point that steroids alone are capable of doing – hence the modern day monsters. Look at the cover of any muscle magazine and compare it to one in the late 80’s or early 90’s if you doubt me.)

The above reasons are why I have decided to remove any form of carbohydrate from both my pre and post training nutrition. I can deal with the fact that my strength has dropped marginally. The funny thing is that I’ve noticed that I’m getting bigger without getting softer since I started doing this. If your goals are to gain as much muscle as you possibly can without using drugs, or to lose as much fat as you can while remaining healthy, then using carbs either pre or post, just doesn’t make enough sense to me at this point to warrant their inclusion. 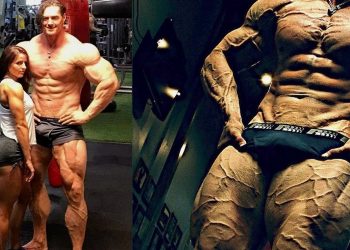 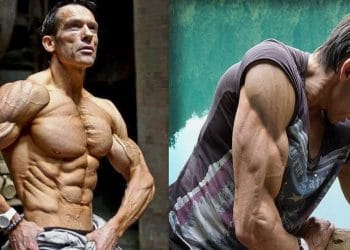 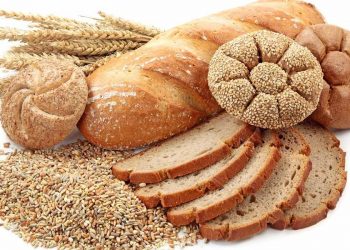 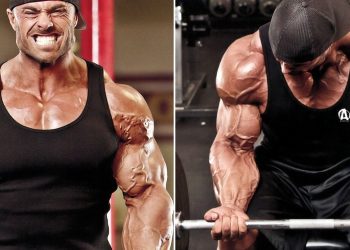 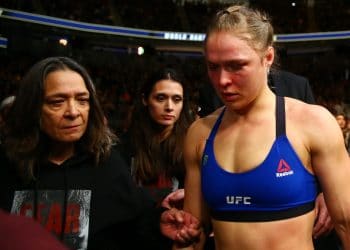