Well, here it finally is. After months of comparing different exercises to either declare a winner or a draw, the ultimate battle of the two most effective exercises is here. The squat is considered by most to be the king of all exercises, making the deadlift at the very least the queen. In this day and age where misogyny and sexism is (hopefully) becoming a thing of the past, I don’t think we can differentiate between king and queen in terms of dominance. Having probably already confused a good many of you (is he writing about weights or equal rights between the sexes?), let’s get this party started. Squats Vs Deadlifts – The BEST Lift.

Regardless of where it is you are coming from and what you are trying to achieve, whether you are a bodybuilder, powerlifter, an athlete coming back from a knee injury or a senior trying to prevent falls or osteoporosis, some form of squatting will likely be an integral part of your program. This is because when a squat is performed correctly it will help to stabilize the three major joints of the lower body and can also assist in improving the mobility and function around the hip-joint.

The determining factor as to whether you should or shouldn’t squat is can you do so without pain? If you can, then the squat when performed with good form will be instrumental in bringing you closer to achieving your fitness, sport, and life goals. Having said that, the squat is not for everyone. For more on this please see the squat vs the leg press article.

To just touch on the basic points; injury, lack of mobility, both leading to an inability to perform the squat with proper technique completely defeats the purpose of the exercise. Any meathead in the gym can declare any exercise as ‘essential’, but there are those who cannot perform certain exercises as they should be executed and under no circumstance should this occur. Everyone has limitations to some degree and alternatives must be looked at if you fall into this category. 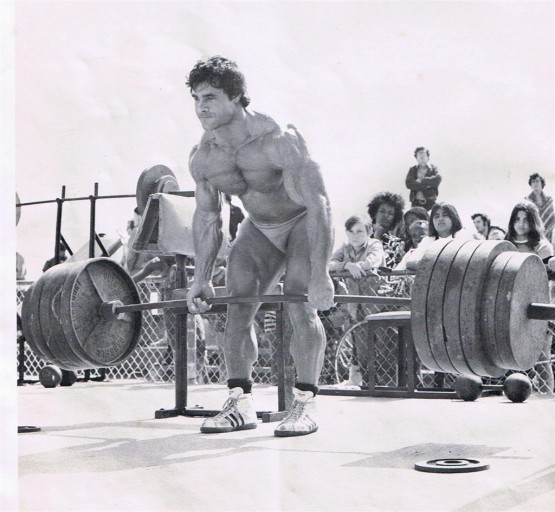 This is where the deadlift may be of more value to you. The deadlift is a completely different movement than the squat. Unless the issue is lower back instability, in which case both the squat and deadlift need to be shelved until the underlying issue is dealt with, then the deadlift may be the king of exercises for you. It has been argued that for maximal strength enhancement, sports performance, and in minimizing the impact of lower back pain then a focus on the correct implementation of the deadlift is the answer.

The most obvious difference between the squat and the deadlift is that the squat is a sit-down and stand up exercise whereas the deadlift is a bend down and pick something up exercise. You can pick up a child or bag of groceries using either manner. Both exercises are actually rather complicated in their apparent simplicity, but that is the nuts and bolts of the mechanics.

A closer look at the mechanics shows that the deadlift has almost entirely removed the knee bend from the equation. This means that with less knee extension during the upward phase, there will be less quadriceps recruitment. This can be a key element for those who find discomfort from too much squatting and for those who are too immobile to perform the squat with the necessary range of motion to achieve the desired results.

Seeing as the quadriceps muscles are much less involved, there has to be a much larger contribution coming from elsewhere. Elsewhere, in this case, is the posterior chain. The deadlift can be thought of as an almost entirely posterior chain exercise. Basically, every muscle on the back of your body is involved including the calves, hamstrings, glutes, erector spinae, trapezius, deltoids and forearms. Seeing as the posterior chain or parts of it are often weak in almost every lifter then the deadlift can be considered a more valuable exercise than the squat in these cases.

That’s as far as I’m going to go today. It’s not really possible to cover all I want to with these two exercises in just one or maybe even two articles. Squats Vs Deadlifts is a battle that is set to go many rounds. So far the judges may be leaning towards either contender based on the facts presented thus far or his or her own personal biases. Reading this with an open mind is imperative in order for you to decide what is a more valuable tool to have in your toolbox that you take to the gym so that you can get the most out of your training.

Hadi Choopan has developed a reputation for being one of the most consistent Men's Open bodybuilders in the IFBB Pro...