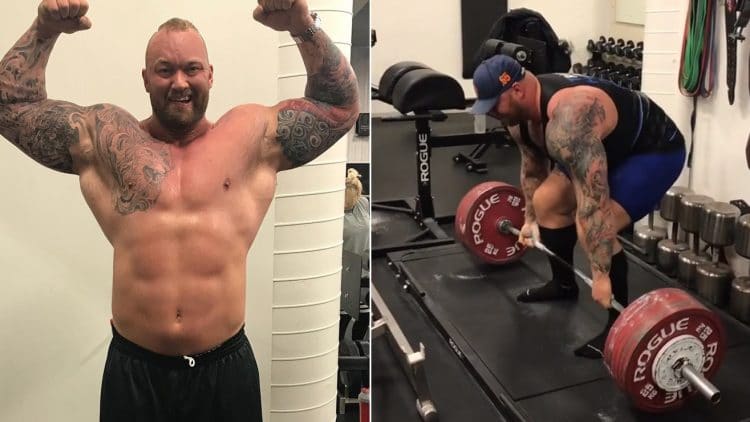 World’s Ultimate Strongman winner wrote that he plans to test his luck in a powerlifting competition. The powerlifting meet is scheduled for December 15th. This is his chance to go head to head with some of the most skillful names. “Thor” has already been the strongest man of Europe four times and Arnold Strongman classic winner once.

The name of the meet is Thor’s Powerlifting Challenge. It will be held in his hometown of Reykjavik, Iceland. Russian powerlifting legend Kirill Sarychev will also take part. This Superman from Pugachyov, Saratov Oblast, is the world champion in bench press! The Icelandic giant is going to face a very dangerous rival!

Here is what Hafthor Bjornsson wrote on his Facebook.

“Current World’s Strongest Man champion Hafþór Júlíus Björnsson will participate in a full powerlifting meet. @sarychevkirill of Russia, the world record holder in the bench press with 335kg/738lbs will make an appearance at the event and perform in the bench press.”

“Thor” has outstanding results in the bench press, deadlift, and squat. It is very hard to speculate about the greatest weight he could lift. But let’s take a brief look at his results. His bench press could be his “weakest link”. Thor has only shared a “light set” of 473 lbs (215 kg). He performed four sets, three repetitions. But it is far from his greatest value!

But when it comes to deadlift, he did an amazing job in the last Strongman competition. It is his ultimate discipline. It is very hard to believe someone else could be the best here. Hafthor Bjornsson shared a video of 1,003 lbs (456 kg) deadlift in February 2018.

The video below shows one “easy deadlifting session”. “The Mountain” literally plays with 726 lbs (330 kg).

Which result would you bet on? Do you think Hafthor Bjornsson can win this powerlifting meet? Can “Thor” even endanger a world record?

How To Build Bigger Delts: The Top 7 Shoulder Workouts For Men