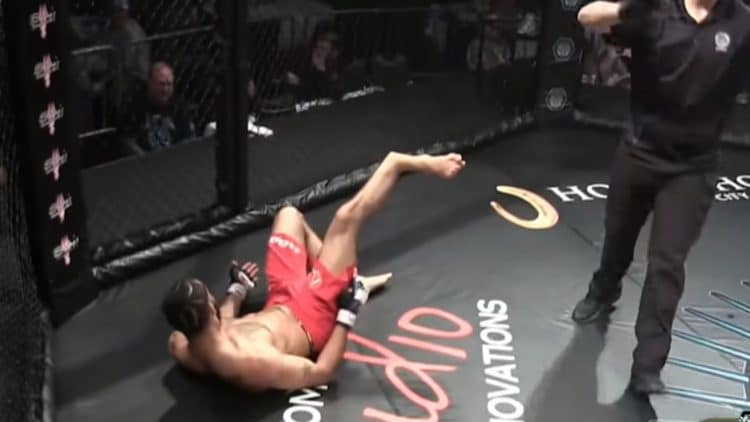 It’s normal for MMA fighters to suffer injuries during their contest. Ironically in Jonathan King’s case, the leg injury was the most gruesome one. This incident happened over the weekend at American Kombat Alliance: Right of Passage 6” event from the Horseshoe Casino Riverdome in Bossier City, Louisiana.

In the first round, both fighters Jonathan King and Chris Williams circling around the center, suddenly King slam a right leg inside the Williams’ knee while attempting a low leg kick which completely backfired as Jonathan King broke his both tibia and fibula in his right leg. The fight was stopped immediately in the first round via TKO, and spectators were left in shock after seeing King’s gruesome injury.

Watch the most horrific leg injury of all time below:

“Jonathan King just got out of recovery this morning. The doctor said surgery to set the leg went really well. Physical therapy starts tomorrow morning and he should be cleared to travel home this week.”

A Man Tried To Mug UFC Fighter Polyana Viana, Got A Painful Beating Instead