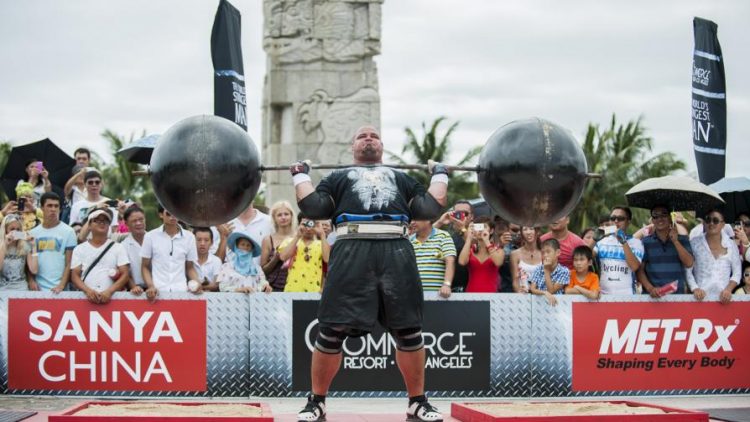 Brian Shaw, the winner of four of the last six Strong Man competitions, took viewers on a regular shopping trip to his local supermarket to see just how much food it takes to fuel his monster physique.

The 2016 World’s Strongest Man was working out at the Super Training Gym with when he decided to jump on the Concept 2 rower machine.

Brian Shaw set a new world record with 12.8 seconds, besting the previous mark of 13.3 seconds. Shaw sat on bumper plates to prevent the rower from collapsing under his huge mass.

Shaw is so strong that he can set records without even really trying.

Check out another Record:

WATCH: The Other Side of the Story: Bradley Martyn