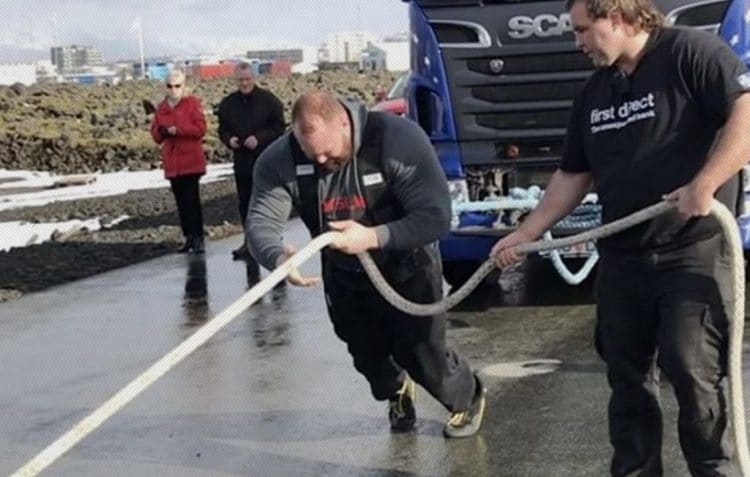 After his world-record breaking performances at The Arnold Strongman Classic, Hafþór Björnsson now trying to keep that momentum going.

In preparation for the Europe’s Strongest Man competition in April, Thor posted a video on his Instagram showing him pulling a truck entirely by himself. Believe it or not, this is Thor’s definition of “cardio.”

While Thor got 2nd place at the Arnold Strongman Classic earlier this month, he is also a two-time ESM first place winner, and if his training is any indication, he’s hoping to make this year his third.