The eight-time CrossFit Games athlete tested positive for the virus which he announced Tuesday. 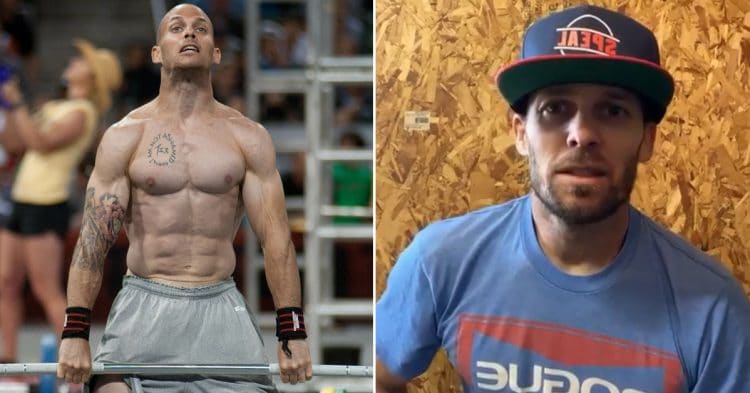 Chris Spealler is a legend in the sport of CrossFit, having competed eight times at the annual CrossFit Games. He competed from 2007 to 2012, and then in 2014. Then in 2017, he placed 3rd at the CrossFit Games in the 35-39-year-old division. Spealler also owns an affiliate gym and coaches other athletes.

And recently, he took to Instagram to announce that he has tested positive for COVID-19 which has essentially taken over our daily lives at the moment.

Circumstances are difficult for all of us these days.  People talk about a “new normal” and we have all been effected by this virus in one way or another.

Initially I was hesitant to share this with anyone due to the uncertainty and fear around the virus, but I think it’s important for us to do our part and take things seriously with a level head.

I’ll be posting an IGTV later to share my experience and what it’s like personally, and with a family of 4.  Thankfully we are all recovering well but it’s a slow process.  Stay healthy, stay home, stay calm.”

“The same week that we had to close the gym, I started to experience like a dry cough, nothing else,” he explained. Went for a little 5k casual run I noticed that I was winded. I took a shower, got out and just couldn’t feel like I was catching my breath. That progressed and I ended up going in 4, maybe 6 days later to get tested.”

Spealler explained how he had no symptoms or knew of no one having it that he came in contact with. He found out two days after the test that he was positive. So he stayed downstairs in his home for a while to distance himself from his family. But his wife started to show symptoms and the roles reversed with him having to take care of his young kids while his wife stayed downstairs for 6-7 days.

And it didn’t end there though. Spealler explained how his kids tested negative but then they started to display symptoms of dry cough and fatigue.

But he’s currently on week four and still has symptoms such as sore throat and vertigo due to inner ear issues. Although, he’s obviously doing much better at this point.

He wanted to remind everyone though, that anyone can get this virus. “We’re all susceptible to this. None of you guys are out of the clear wherever you are.”

But what likely happened is that there were many tourists visiting the area (Park City, Utah) where Spealler lives due to the Sundance Film Festival (largest independent film festival in the US) that takes place there every January. He mentioned that a lot of people were coming into the gym as a result. And Park City saw a large increase in global virus cases after not having much before that, he said in the video.

Spealler reiterated how serious this situation is and to not take it lightly even if you think you’re healthy.

He mentioned relying on prayer and says he has been reading the bible to get through this which has helped tremendously. But he’s getting better, as are his wife and kids. Although he’s likely at the halfway mark for recovery.

He ended with positive words and gave some advice to others… “Don’t live in fear, I think that’s a mistake, that’s not the way God intended to live. Also, don’t live naive, it’s not just a cold. Stay home for the people who don’t have that immunity.”

Lastly, he acknowledged all first responders and those taking care of patients with this scary illness.

Chris Spealler was definitely brave for sharing his experience with the community and has received a lot of support as a result. He made some really good points and we all need to do our part to stay safe and to keep others safe as well during this time.

We have learned of some truly heartbreaking news with the recent passing of Jacob Morris, a teen athlete who competed...