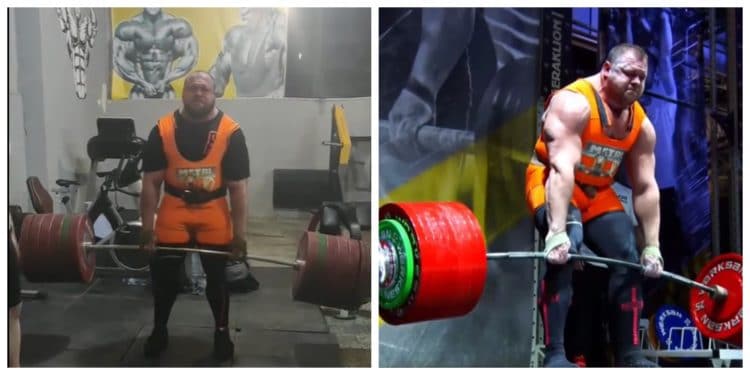 Ivan Makarov is a former circus Strongman from Russia, who gained some international fame when he attempted the famed 501kg deadlift back in December. He was unsuccessful in pulling the monstrous 501 kg but he got attention and curiosity of quite a lot of people, including Eddie Hall.

Then nothing new came to light for months until he announced that he will be competing in the world deadlift championship in September and that he is aiming for a 520kg deadlift. That was back in June and I even had the pleasure of exchanging some messages with him and he was kind enough to answer some questions. Here’s what he had to say back in June about potentially breaking the deadlift world record.

If you deadlift above the world record(501kg) in September, would you be satisfied or would you still try 520kg?

On the day of the competition, I will lift as much as it will be necessary to establish a new world record, but certainly, if I’ll have more strength in me I will go for a lot more weight. I will go to the end I am crazy in my actions I want to go the same way As Eddie Hall. I want to set a world deadlift record and win the WSM then I will calm down, I will be calm and I will know that I didn’t live my life in vain. Check the full interview with Ivan here.
Well, now he is deep within his training camp for potentially breaking the deadlift world record and today posted a video of him pulling a very impressive 440kg for a double. The weight gave him a fight, that much is for sure but Ivan managed to get the weight up. Comparing it to Thor Bjornsson, he is still not there in terms of pulling over 500kg, but comparing anyone with Thor Bjornsson and his feats of strength is very ungrateful. Thor is a monster both in size and stature and he is truly one of the best to ever compete in Strongman. However, Ivan still has some time to improve on the lift. Besides, 440kg for a double is very very impressive and even at this stage of his preparation, he could give 500kg a good fight and maybe even pull the weight.

The first training session in gear for a long time 440kg for 2 times, it’s pretty easy, on the second lift as usual
there wasn’t enough oxygen, I could tolerate it, but I’ll still have all the training ahead, I won’t force training, I will go on step by step feeling my body forward to the goal

First geared training in probably months and he’s already pulling 440kg, is super impressive. As you can see by his comments, currently the weights is killing his cardio when he tries to rep it out but he’s still working on it. From what Ivan is showing on his social media, he is currently more than capable of attacking the 500kg record and maybe even breaking it.

How To Do Drag Curls To Overload The Biceps