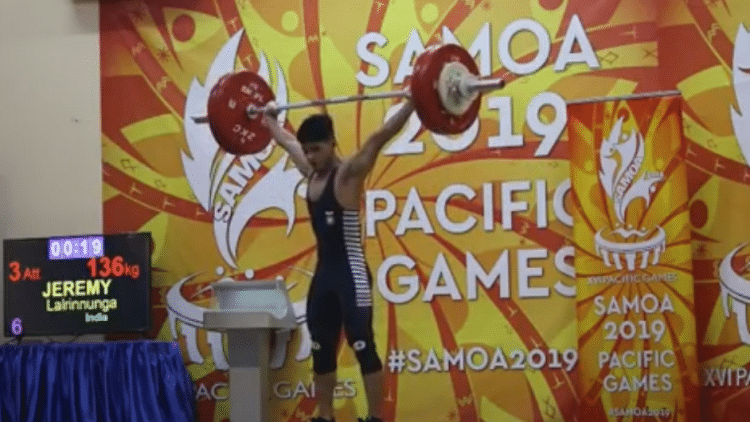 There might be a new prodigy in the weightlifting world. Jeremy Lalrinnunga is only sixteen but is already making quite the name for himself.

Lalrinnunga is a sixteen-year-old Indian boy who is setting the weightlifting world ablaze. According to a report from Hindustan Times, he started lifting at the young age of just nine. Subsequently, an Army coach recruited him and worked with him on training.

It became clear from the start, that Lalrinnunga had a natural talent for weightlifting. Now, at the age of sixteen, he is breaking records. In fact, just in April, 15 various records, both nationally and internationally.

At the Asian Weightlifting Championships, Lalrinnunga scored a record-setting 163kg/359lbs clean and jerk. This beat the previous youth record by 2kg. Additionally, he completed a 134kg/ 295lb snatch, surpassing the previous record by a massive 7kg.

These accomplishments become even more impressive when one considers the fact that this teenage weighs a mere 64kg/141lbs. This means that Lalrinnunga is able to lift more than double his body weight.

Check out the video of Lalrinnunga completing the record-setting snatch:

Jeremy Lalrinnunga is looking to qualify for the 2020 Olympic Games. One thing is for sure, this kid has a bright future in the weightlifting community. It seems likely that he will be able to make it far in this game. There are a ton of standout performers in youth weightlifting lately.

Lalrinnunga was able to compete at the 2018 Youth Olympic Games. It was here that he showed an impressive performance. He managed a total lift of 274kg/604lbs, a  snatch of 124kg/273lb, and a clean and jerk of 150kg/331lb. That is a pretty good showing.

It is very clear that Jeremy Lalrinnunga is going to be a force to be reckoned with in the weightlifting community. At just sixteen, it is obvious that he has a bright future ahead of him, and will likely break more records along the way.

How To Watch: Stream The 2019 CrossFit Games Live Online!