Kheycie Romero Does A Gigantic Deadlift 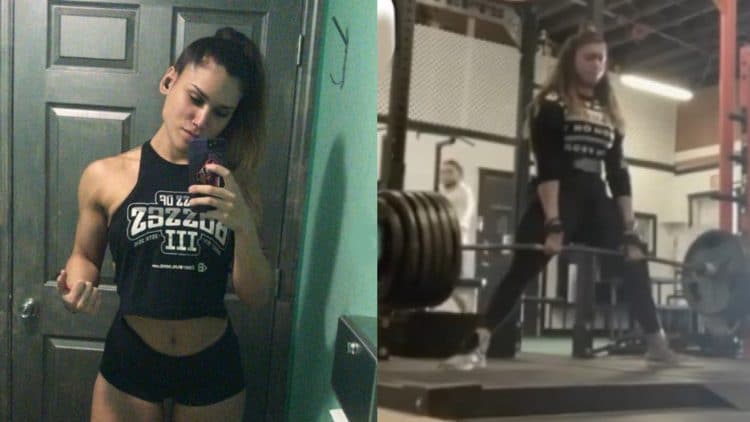 Kheycie Romero is one of the most promising young powerlifters in the country. She demonstrated that again recently, with a massive deadlift in the gym.

Romero has only been competing in powerlifting for two years. Moreover, in this time, she has only competed in a handful of events, six to be exact. Nevertheless, she is still considered to be a lifter with a massive amount of potential, impressing every time she hits the weights.

A big part of what makes Romero so impressive is her strength. Of the six contests she has participated in, she has won four of them. Furthermore, while she did not win the other two, she got second place. She has blown the competition out of the water at almost every outing.

This high level of skill from Kheycie Romero shows in the gym as well. In a recent post to her Instagram, she can be seen hitting a huge 605lb (274.5kg) raw deadlift. There are a few things that make this insane, not least of which is the fact that, at her last contest, she weighed 188lb. Therefore, this is more than thrice her bodyweight.

“Physically, I wasn’t ready for this.
But mentally, I was.
This is ‘Mind Over Matter’

It is worth noting that Romero was clearly struggling to complete this lift. Although this is quickly forgiven, when one realizes that just two days prior to this, she shared a video of her lifting much less. However, she managed to increase her deadlift by 40lb, making her difficulties understandable. In addition to that, this was a new personal record for the 26-year-old.

Check out another impressive strength display by Kheycie Romero

Kheycie Romero continues to display herself as someone to watch in the powerlifting world moving forward. The incredible form, and technique that she displayed in this lift will do her well in the future. Hopefully, she is able to compete more than once in 2020, which she was unable to do this year.