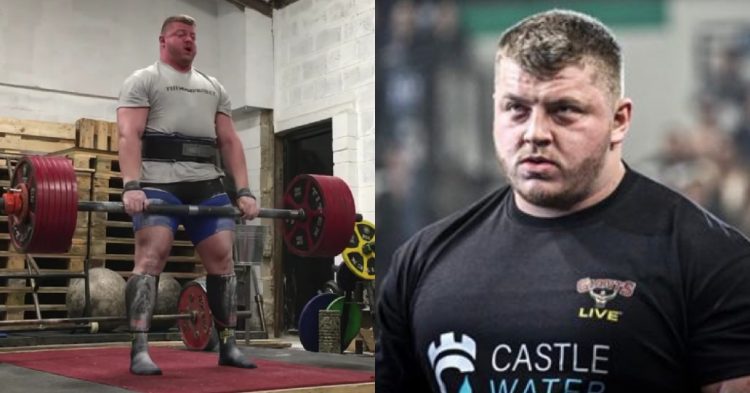 Luke Richardson is one of the most interesting strongman prospects in the world. He is back at it again, with a massive triple deadlift, using an axel bar.

Richardson is an incredibly promising young prospect in the world of strongman competition. At the age of 21, he managed to become the youngest person to deadlift 1000kg (2,204lb). Two years later, he is still shattering goals, and showing rapid growth.

In fact, this growth was on display recently, when Richardson took to the gym. A post to his Instagram showed Luke hitting the gym, smashing out some giant weights. Here, he can be seen crushing a huge 380kg (838lb) deadlift triple, using an axel bar.

“⁣380kg x 3 on the axle. 1000lbs is there whenever I want to pull it. Deadlift is feeling ridiculous at the moment.”

Richardson says he feels like his deadlift skills are off the charts right now, and it would be hard to argue that. This video came just weeks after he was seen destroying a hefty 320kg (704.5lb) deadlift for a ten rep max. Check out that epic set, in case you missed it:

“320kg for a new beltless 10RM. 20kg PB and done on a stiff bar. Very sloppy but happy to just get through it after some hard weeks of training. Light week next week then the final push for Europe’s Strongest Man begins.”

This set was impressive in its own right, even if it was “sloppy” as Richardson puts it. Regardless, between this post and the one with the axel bar, it is clear that he has been doing good due diligence in the gym. He clearly seems ready for competition.

Luke Richardson is working hard to prep for upcoming Europe’s Strongest Man contest. If this prep is any indication, he is going to have a great performance when it comes time.