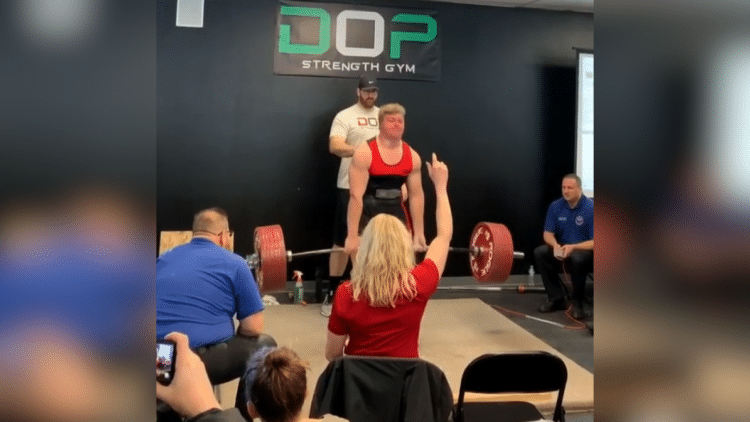 Max Shethar may be only seventeen years old, but he is already on his way to accomplishing great things. He furthered this by hitting a record setting deadlift.

Shethar is truly becoming a huge prospect in the powerlifting scene. From a young age, he has already begun setting himself apart from his peers. His ability to lift massive weights, even as a super heavyweight, far surpasses the majority of his counterparts.

This trend of elite level feats of strength continued over the weekend, at the Drug Tested Washington State Open. This all natural contest, held at DOP Strength Gym in Kirkland, Washington, gave Shethar the platform to set a new record. This occurred as he managed to hit a huge 722 pound deadlift. Subsequently, he became the youngest person to lift such an amount in official competition.

This lift from Max Shethar was quite phenomenal. The previous record for youngest age/heaviest weight ratio was held by Ashton Rouska. At the age of 18, he had lifted 700 pounds. Therefore, Max eclipsed this by a year, and 22 pounds!

Nonetheless, this deadlift was not the only impressive showing from Shethar over the weekend. This was his full lift scores from the event:

Shethar has continued a trend of absolutely crushing the competition, attracting attention for his age. Despite the fact that his age is what initially has garnered attention from the powerlifting world, his constant improvement is what has kept that attention. For example, last year, he struggled to hit a 575 pound squat, only to beat that by 23 pounds this time.

Max Shethar is a person to watch closely in the next few years. Once he leaves the juniors categories, it will be exciting to see how he compares to others. If his progress is any indication, he will be a force to be reckoned with for the next several years.

How To Do Power Cleans – Proper Form, Benefits And Variations