Strongman veteran Rob Kearney reveals that he has been diagnosed with testicular cancer, and needed surgery 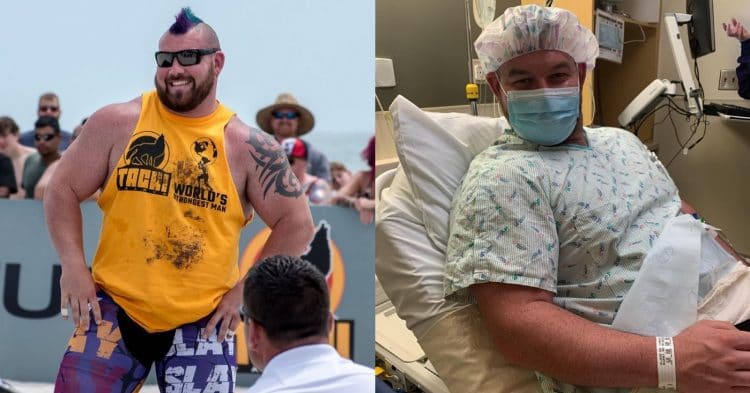 Known for being the first openly gay strongman in history, Rob Kearney is a fan favorite amongst people who watch the sport. Unfortunately he will now be needing the support of those fans, as he has been diagnosed with testicular cancer.

At 29 years old, Kearney has made a name for himself in the sport, being recognized as a promising young talent. He especially garnered attention for being dubbed the inaugural pound-for-pound strongest man on the planet in 2020.

Rob took to his social media recently to break the news that he has been diagnosed with testicular cancer. Moreover this came with the added news that he will need to get surgery to remove one of his testicles, in order to determine the type of cancer.

“I’m going in for surgery on Tuesday, because I have just been diagnosed with testicular cancer, unfortunately,” Kearney said.

“Looking at the bright side of things, it’s a more curable cancer. Success rates are very high. They’re going to remove the whole testicle, which isn’t ideal being a 29 year old me, but that’s what we need to do to make sure I’m safe.

“I’m very fortunate to have an amazing husband who’s supporting me, and held my hand through the whole thing. Just another obstacle to overcome, and that’s certainly something that’s never stopped me before.”

In the description that accompanied the post, Rob Kearney explained that in order to know the type of cancer they are dealing with, the doctors needed to do the surgery and run pathology scans. So he went to the hospital on Tuesday, and underwent surgery.

With another post to his Instagram, Rob gave an update after the surgery completed. Here he explains that the surgery was a success, with no complications, and that now he was resting until he knows the next step.

“Out of surgery and feeling pretty good! Surgery went well, with no complications. Now the waiting game begins to get the sample back from pathology which will determine the next course of action,” Kearney wrote.

This is obviously extremely heart wrenching news from Rob Kearney. Hopefully he is able to have a speedy recovery from this, and get back to action soon.