The bench press is one of the most popular upper body exercises that you can do. That said, there are many different ways to perform the movement and many different theories on the best way to do the lift for best strength and chest size gains.

In the above video, Jeff kicking off a new series where he looks at the ‘Broscience’ and advice you have been given or overheard at the gym to see if there is any merit to what it commonly accepted as fact.

We start by looking at the bench press exercise done with your feet off the ground and either held up in the air or supported on the surface of the bench. Those that perform this variation will argue that doing the bench this way will increase the instability of the exercise in the effort of making your core stronger (in order to stabilize your body on the bench). Next, they will say that this is a safer way to bench as it will flatten your lower back and help you to avoid overarching which can damage the back. Finally, they will say that performing the bench press this way you will see more activation of your chest and get a bigger chest from doing this.

Let’s look at them one by one shall we. The first claim that doing the exercise this way will create instability and more of a demand on your core to maintain your position on the bench is actually one hundred percent true! This does happen. That said, it’s also one hundred and fifty percent stupid! The bench press is not an exercise in which you should be interested in testing the limits of your core stability. If you are under the bar and trying to press serious weight, making yourself more likely to tip over is not very wise and something that should be saved for more specific core exercises that will do a better job anyway.

The next thing is that by flattening the lower back (by putting your legs up in the air), you are helping to increase the safety of your low back during the bench press. This is actually opposite of what is true. Lumbar stability comes from having the back in a slightly arched position (as in performing deadlifts and bent over rows). Ignoring this when benching is the fastest way to either ruin your back or more likely, your shoulder.

By pressing with a flat back and your feet up or on the bench, you are anteriorly tilting your shoulders at the same time. This creates a bad angle for pressing and can easily damage your AC joint in your shoulder on even one bad repetition. Instead, you want to keep those feet on the floor and learn to press with them to create a counter force for your press. You also want to learn how to pinch the shoulders back and down while you arch to create a counter pressing surface for your chest. This only becomes possible when you keep your feet on the ground and arch your chest.

Finally, the bench press performed this way does not engage the chest more. In fact, it likely hits it less. Without the pre stretch afforded to you by proper positioning of the shoulders in the feet on the ground press, you simply won’t activate as many chest muscle fibers and create the overload necessary to safely stimulate more pec growth.

It is time finding dates in gyms is normalized. A study conducted on 15 heterosexual couples happily married for 35 years found...

Do you have a favorite pair of old jeans? Or maybe some sneakers you love to wear, despite being a... 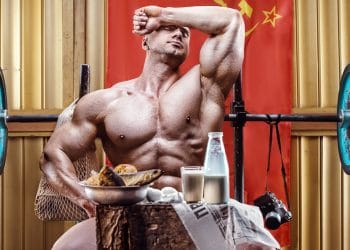 Finding the time to train is an age-old challenge that seems to always be an issue. Add to that the... 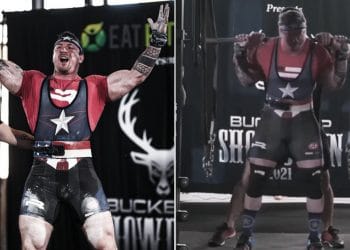