Dennis Wolf was rated one of the top 5 bodybuilders in the world in 2015, and he was preparing for the 2016 Mr. Olympia when he had to do some major surgery due to an injury.

After the surgery, Dennis is having problems with his left side. It does look like he is fighting through it and is getting back to the gym.

Dennis Wolf is not shy about showing his smaller look on the video when he was going through some posing routines. We must say it is still a look that most of the people that go to the gym dream of achieving.

Jay Cutler was very positive with his comments, Marcus Ruhl is worried that the judges might not look at Dennis the same way as they did in the past with all the new athletes stepping on the Pro stage.

Another aspect of the video that was amazing to see is that a bodybuilder can have a great financial if he or she follows the right path. Dennis looks to be living the dream, and it is things like this that push athletes to do their best.

Bodybuilders are human, and they as well have their ups and downs during their career, and this video gives us an inside look at this. 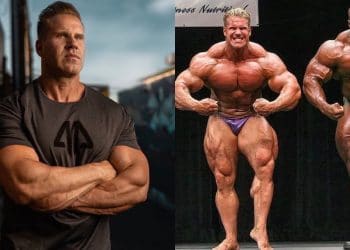 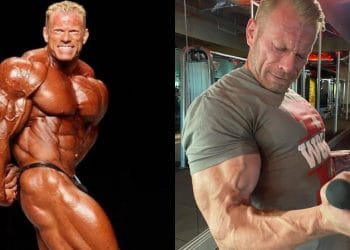