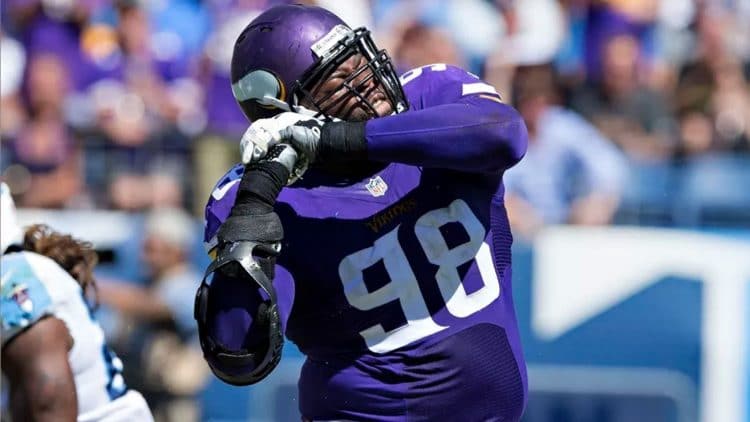 When Minnesota Viking Linval Joseph stops to take a pic with others, chances are extremely high the 6’4″, 329-lb defensive tackle is going to be the biggest guy in the photo—by far. That is, of course, unless he sides up to an Icelandic strongman the size of a Mountain who goes by the name Hafþór Júlíus Björnsson.

In this picture taken by Minnesota Vikings photographer Andy Kenutis during a trip to Iceland with some of the team’s players, Joseph finally got the opportunity to be the “little guy” in the photograph. Chances are it’s been a while since that was the case, but the baller took it in stride as he proudly posed with the massive Game of Thrones beast.

If it’s any consolation to Joseph, Björnsson wasn’t always quite so big. Back before crushing skulls in Westeros and throwing washing machines like they were toys, Björnsson was half the size he is today. 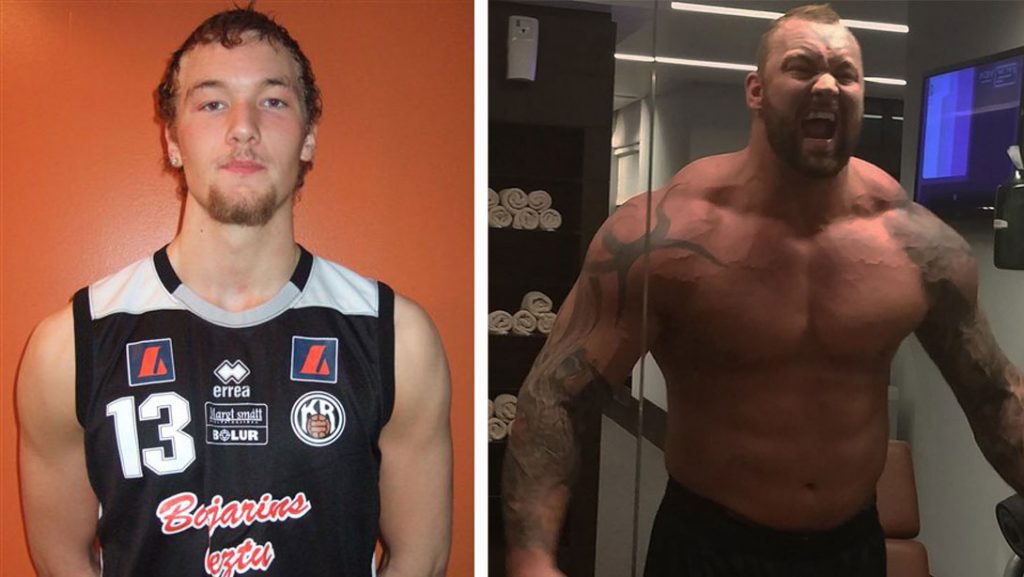 This above before and after pic best demonstrates just how far the Icelander has come over the years to transform his physique. From a lanky basketball player to a mountainous 440-lb strongman, “Thor” is the perfect definition of an athlete who took his game—and physique—to the next level.

WATCH: The Last of the Iron Sisters – Short Documentary

Floyd Mayweather: I Will Beat McGregor, Even If He Hurts Me!