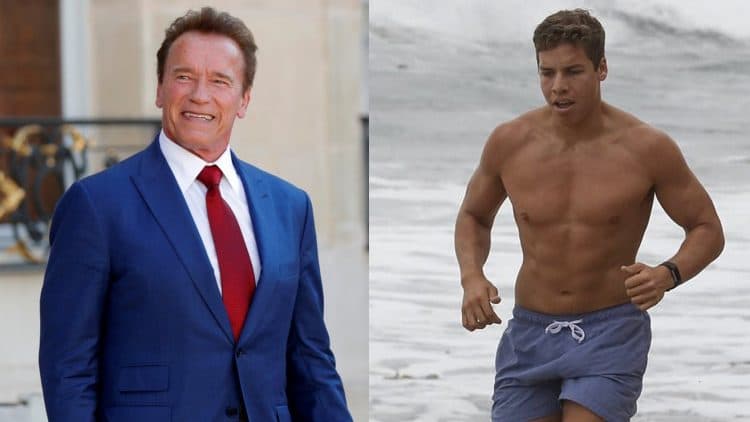 Schwarzenegger celebrated his son Joseph Baena’s 20th birthday with a father-son workout session and shared the heartwarming moment with fans on Instagram:

“Happy birthday Joseph! You’re a fantastic son and a great training partner,” Arnold captioned the pic. “You get stronger and smarter every year, and I’m so proud of you. I love you.”

The 70-year-old bodybuilding legend & actor, who is dressed in a green T-shirt and blue shorts, has his biceps on full display as he points to his 20-year-old look-alike, who’s pumping iron.

Check out the below post features the former Olympia champion training with his son at the famed Gold’s Gym.

Joseph is the “love child” of Arnold and his former family housekeeper, Mildred Patricia Baena. He was only 13 when Arnold’s then-wife of 25 years, Maria Shriver, discovered the torrid secret.

Schwarzenegger shared some details of his complicated family situation with Howard Stern in June 2015:

“You’re a wonderful student, a hilarious and kind soul, and a fantastic son,” Arnold wrote alongside a throwback photo of the two sharing a father-son smooch. “I’m so proud of you, I love you, and I can’t wait to see what’s next.”