Working The Jaw With The Jawzrsize 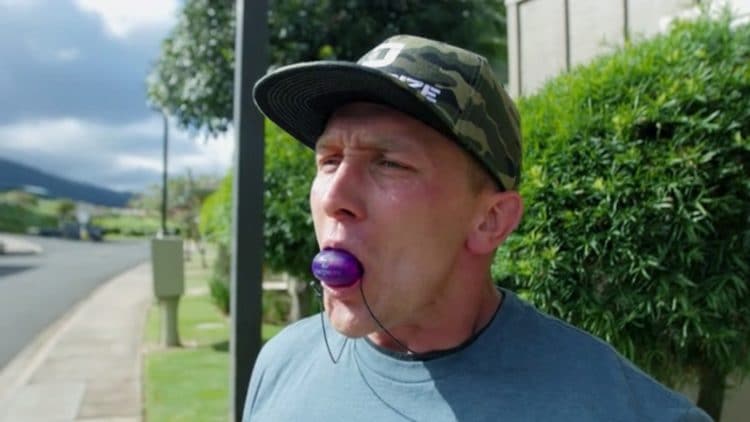 The fitness industry is a crazy place.  Every year something new and “revolutionary” pops up claiming it’s the best new thing since sliced bread. Be it a new twist on a previously established workout equipment or a new sketchy supp that lets you gain 20 lbs of solid muscle within days of usage.

That’s also why it’s so fun and exciting, as much as everything that is needed to be known about muscle building is already known- something new always manages to pop up. It doesn’t always have to be the prettiest or the best-looking thing but the end result is what matters. Which is, I imagine, what Crossfit enthusiasts tend to think when people make fun of them.

All this brings us to the new, hip and cool “made in America” startup product made by a former MMA fighter, Brandon Harris, that offers something interesting and unusual to the ever-growing fitness industry. So without further ado, meet “Jawzrsize”.

A post shared by Jawzrsize: Fitness 4 your face (@jawzrsize)

The intense looking fellow in the Instagram vid above is the Jawzrsize founder, Brandon Harris. He claims that he has found the secret to having a Mike Tyson sized neck and Arnold Schwarzenegger’s epic jawline all in one exercise. Mr. Harris claims that in his career as a professional MMA fighter he has always tried his best to strengthen his jaw with the desired end result being a knockout proof jaw and a neck that not even a Boa constrictor could manage to get a hold of. So after years and years of trial and error, Brandon Harris had his “EUREKA!” moment and thusly Jawzrsize was created.

“Sounds Sweet! Does It Work?”

Well…the good folks over at attn.com did some detective work and contacted, one, Jonathan Ross, who is a senior consultant on personal training at the American Council. Which, to be completely honest, I have no idea what means but sounds legit. Anyway, here’s what Mister Ross had to say about Jawzrsize :

“Our circulatory system connects all parts of our body to all the other parts,” … “When fat is released into the bloodstream for use as energy, it is done so a little bit from everywhere in proportion to how much is there, and once it hits the bloodstream it circulates to the working muscles. Hand exercises will not yield skinny fingers.

So…yeah. Case closed I guess….or is it? Despite what Jonathan Ross had to say, the product has hit the streets and is making rounds on the social media circle with buyers leaving their positive reviews of the product.

My buddy Hart, has been using JAWZRSIZE for 6 weeks/>20 minutes a day while showering. Look at that face lift! Check us out on kickstarter!! https://www.jawzrsize.com/kickstarter

Now this is very interesting. The fellow in the picture allegedly doubled his neck size in just 6 weeks with 20 minutes a day of Jawzrsize! That is one hell of an achievement if it’s true.

Despite the positive reviews, and Mr. Harris pulling off “blue steel” look down to a tee, I wouldn’t really recommend using this. 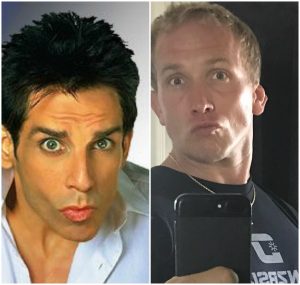 On the other hand, Jawzrsize website does claim it offers a 60-day “money back guarantee” if you don’t like the product or don’t see the desired results. So, if you are still not convinced by my writing, knock yourself out and buy yourself a jawzersizer.

“Okay Smart Ass, What Do YOU Recommend for a Bigger Neck and Stronger Jaw?”

If you ever watch Collegiate/amateur or Olympic wrestling you might notice that wrestlers tend to have a neck the size of an average tree. That’s a cool side effect of wrestling and exercising for wrestling. Wrestlers do a lot of bridge variations which all depend on having a strong neck.

If you never did an exercise like the ones shown in the video above I would highly suggest starting with doing basic neck flexing from the knees and gradually advance as you strengthen the neck.

Let’s say this isn’t really your thing and want something a bit more hardcore. Well, get a load of the thai clinch.

As you can see in the video, to master the clinch requires a lot of dynamic work, concentration and of course, strength. In Muay Thai having a skinny, weak neck means you are going to be eating some painful knees and elbows to the face. Your life quite literally depends on having a strong neck.

Ok, ok…you’re not really into martial arts and don’t wanna hug another dude. There’s one more exercise you could try out.

Also, keep in mind that the neck starts from the traps. Next time you hit the gym throw in some heavy shrugs for a good set of “seriously dude, you don’t wanna fu*k with me” looking traps.

Now, that we’re done with the neck, lets finally move upwards to the jawline.

Just buy a pack of gums and chew on that until you’ve run out of gums.

Since I sense you are not really satisfied with that answer, let’s add a few more options:

Regularly flex your jaw muscles, eat lots of chewy foods, buy a mouthpiece and bite down on that each time you workout(people will think you train martial arts and thusly assume you are a hardcore badass) or go down on your girl regularly.

Basically, any way shape and form you can think of that works your mouth will eventually produce results and it will be free or less expensive than the Jawzrsize.

WATCH: Behind The Story That Inspired The Joe Weider Movie Bigger: In Theaters 2018