Who is Eddie Hall?

Eddie Hall is perhaps the strongest person on the planet today. That is quite the statement to make bud Eddie has some serious street cred to back up that claim. First off, he’s the 2017 “World’s Strongest Man” contest winner, that alone kinda makes that statement true. Now if that isn’t enough he also claims the record for the biggest weights ever deadlifted, with mind-numbing 1102lbs/500kg. Still not convinced? Well, the man is so damn strong he literally lifts people in the gym.

Taking a brief time off from dead lifting numbers no other human being can and lifting people in the gym, Hall wrote an autobiography about his life, titled “Strongman: My Story” . In it he details his life growing up, deciding to become a man capable of wrestling grizzly bears and all the struggles, ups and downs that happened to him on his Strongman journey. As means of promoting his new book Eddie has been doing some fun and impressive feats of strength on various shows. Such as bench pressing a BBC reporter.

Then Eddie tried his luck with some classic old school Strongman feats of strength by bending a metal frying pan like it was made out of plastic.

Oh yeah and he also deadlifted 1181lbs, which is the heaviest weight ever picked up from the ground in modern day (and quite possibly all time) history.

Now let’s break this down for all the viewers in awe. First up, the first record for biggest weight ever picked up off the ground(before Eddie broke the said record) was achieved by an Irish Canadian Strongman named Tom Magee when he deadlifted 1179lbs. Mr. Magee performed this feat in 1983 at that year’s World’s Strongest Man competition, while presumably being fueled by the power of his awesome 80’s mullet.

The catch here is that it’s only a “partial” deadlift. It’s considered as such because the bar is placed 18 inches off the ground making the lift significantly easier to pull off. It also helped that the range of motion of the actual weight was very minimal, making the lift more of a spectacle than a strength feat. Don’t get me wrong here, the lift was impressive as hell, even by today’s standards but it was a very specific lift designed to look cool, like most of the strongman lifts.

Now that we’ve gotten acquainted with these two world record-breaking deadlifts let’s take a look some other impressive deadlifts.

First up we got the Lithuanian powerhouse with the strongest set of shoulders on the planet, Zydrunas Savickas. Savickas is often referred to simply as “Big Z”, in fact when he competes in Strongman competition the organizers don’t even bother anymore in spelling out his name, they just write “Big Z” on his back and call it a day. 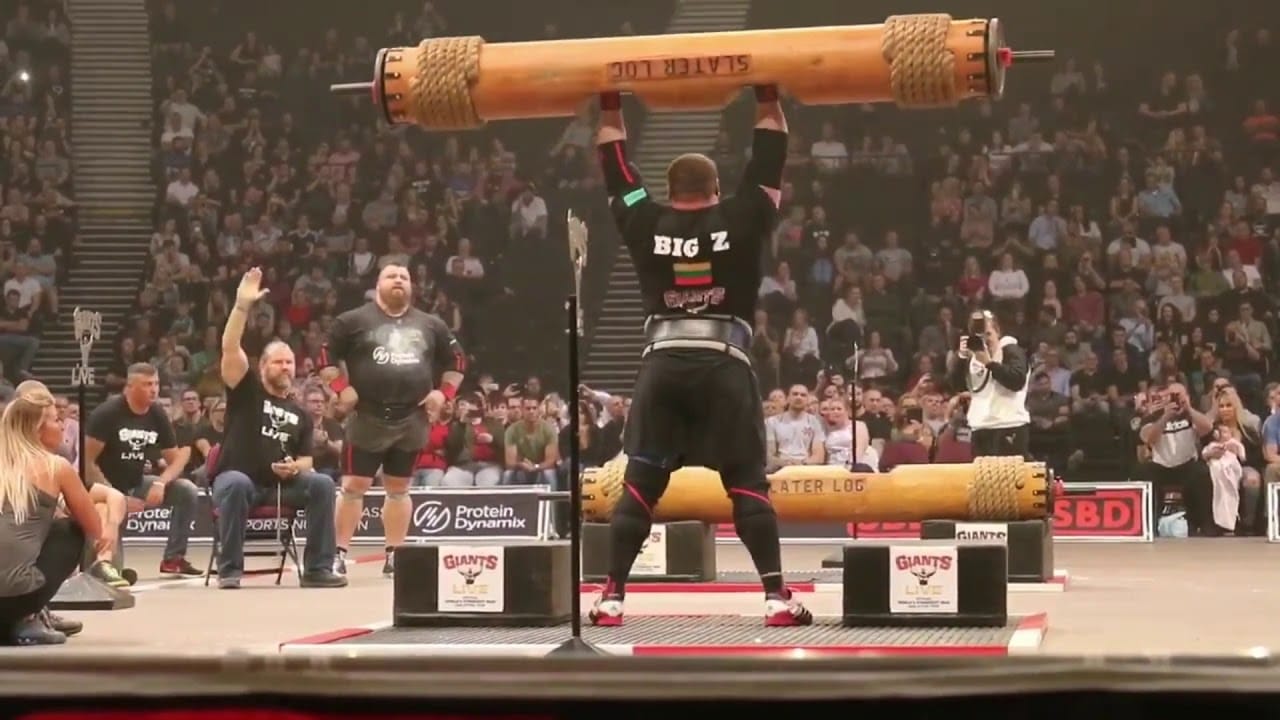 At the 2014 Arnold Classics, there was a tractor tire deadlift discipline with a much longer bar and the legend deadlifted 1155 lbs.

As you can see the deadlift is performed from an elevated platform and the bar bends a lot, which means less range of motion which in return means the lift is “easier” to perform.

Moving forward a bit in time, we go to 2016 Arnold Classics and the main star of our article, Eddie Hall. There was another special deadlifting discipline with a special “Rogue Elephant Barbell” made by the famous barbell building company “Rogue”. There Eddie lifted 1025 lbs. The barbell’s length made it very difficult to move the weight because the bar would get very wobbly very fast making lifting a nightmare.

However, the record didn’t last long as at the 2017 Arnold Classics, American Strongman veteran, Jerry Pritchet broke that record by 5 lbs. Which means the record now stands at 1029 lbs. You gotta take into consideration that Eddie decided to skip this year’s Arnold Classics so he could focus on winning World’s Strongest Man(which he did), so the original record holder didn’t get the chance to defend his title. If Eddie decides not to retire and make a 2018 Strongman competition run, there’s no doubt that he will try to defend his record.

Meet Benedikt “Bennie” Magnusson, the Icelandic Viking and Strongman legend. Back in 2011 he performed one of the most impressive lifts ever achieved. He deadlifted 1016 lbs without a special lifting suit, without any straps or even shoes. He simply channeled his ancient Viking genes and, presumably, convinced himself that the bar is an enemy village waiting to be pillaged and lifted the weight without much effort.