Deontay Wilder called out Anthony Joshua following his first-round KO of Bermane Stiverne on Saturday, Wilder has issued his next challenge. This time, though, it’s to a far more formidable opponent: Anthony Joshua. 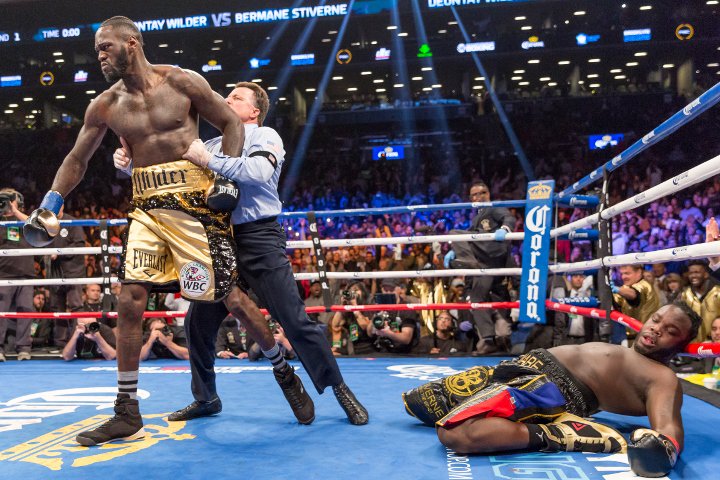 It seems WBA, IBO and IBF champion Joshua has been on a collision course with WBC title-holder Wilder throughout their respective rises to the top of the division but the Briton powerhouse believes his rival has not shown a serious interest in fighting him.

In a new Instagram video, Wilder issued a challenge to the undefeated British heavyweight, telling him to “fight or shut up”.

Wilder, 32, has won all 39 of his fights with relative ease. But if he gets his wish and his 40th features Joshua, his time in the ring will almost certainly be more difficult than Saturday’s first-round KO of Stiverne.

Joshua, 28, is the holder of the IBO, WBA, and IBF heavyweight championship belts, and sports a 20-0 record.  If Wilder and Joshua were to finally meet—and it’s looking increasingly likely that they will—it would be an epic battle to become the best heavyweight on the planet. Joshua has already said the fight will be “on his terms,” and that promoter Eddie Hearn would extend an offer to Wilder.

“I’m serious about becoming undisputed heavyweight champion and we’re making sure these guys who are making noise will back up what they’re saying.

“It’s no problem if Wilder wants to fight early next year, but no offers have been made to me.

“Let’s present him with an offer, and see how they feel about that. If Wilder’s not making an offer, we’ll do it on my terms.”

When Stiverne first faced Wilder in 2015, Stiverne went the distance, making him the only man who’s ever faced off against Wilder without getting knocked out. This time, though, Stiverne was severely outmatched by the “Alabama Slammer”.

In fairness, Stiverne was asked to fill in last-minute for Wilder’s original opponent, who was removed due to PED violations.

Breaking News: Rich Piana’s Autopsy Results Has Been Released To The Public!