A bodybuilder & figure competitor has revealed how eating certain foods can transform her six-pack into a protruding belly in minutes.

Michelle Middleton from Portland, Oregon transformed her body in 2015 after she ditched cardio and crash diets for weightlifting six times a week and a balanced diet of protein and carbs. 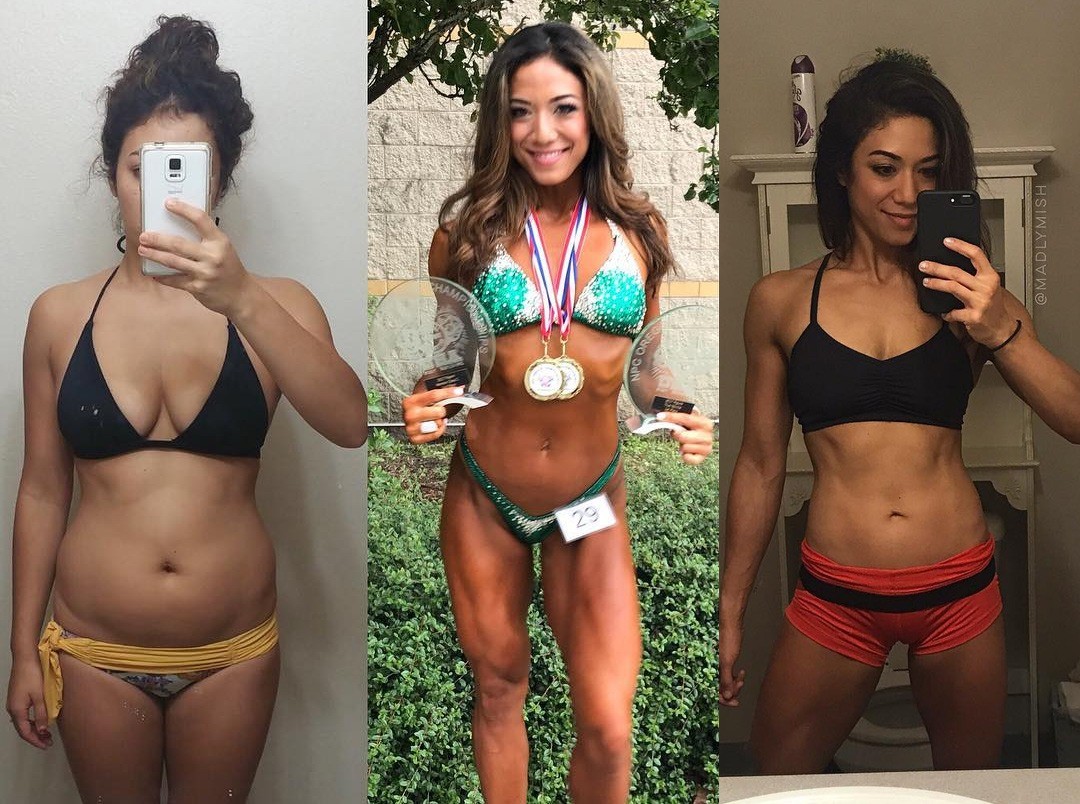 However, despite her new trim physique and virtuous lifestyle, she often suffers from extreme bloating.

She has released pictures to show how swollen her stomach gets – and says others are stunned by the extent of the bloating. In an Instagram post, she explained:

“I do these bloat posts every now and then but people still get surprised at how big my belly gets.”

“Yes I get bloated and it happens when I eat certain foods.”

Michelle added that her bloating happens when she eats certain foods — that aren’t’ part of her usual low FODMAP Diet.

The Low FODMAP Diet is often followed by people who suffer from Irritable Bowel Syndrome (IBS) or digestion disorders and bans foods such as asparagus, celery, sweet corn, dairy and most wheat-based products.

It focuses on cutting out short-chain carbohydrates which are poorly absorbed in the small intestine and can cause a host of digestive issues. 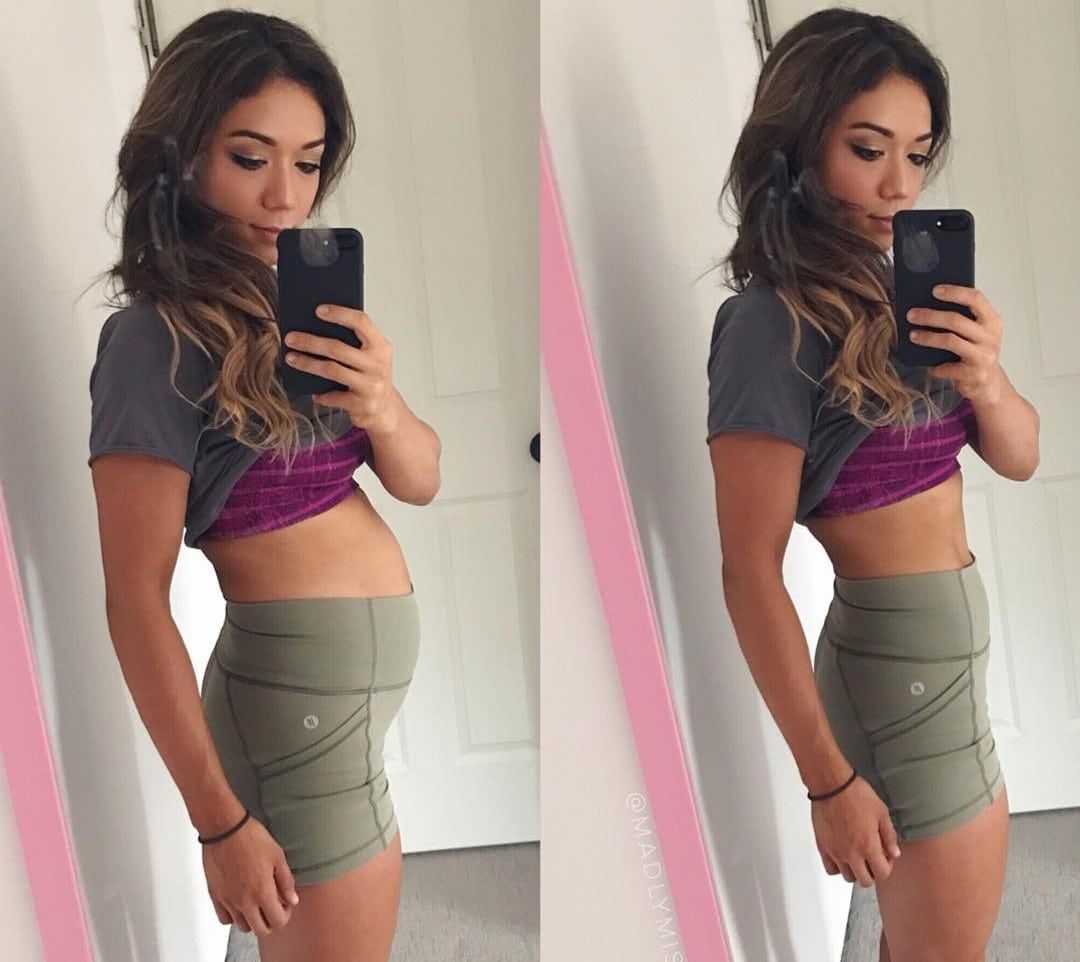 However, sometimes she deliberately eats foods that will leave her bloated.

“I pretty much know which foods are going to do it (high FODMAP) but sometimes I will eat it anyways,” Michelle wrote in the Instagram post.”

“Like earlier I had Greek yogurt and I got bloated within a few minutes but the bloat only lasted for a few hours and now I’m back to normal.”

“The foods that make me the most bloated are yogurts, protein powders, apples, pears, watermelon, broccoli, cauliflower and asparagus.”

The photo has since gone viral, and hundreds of women have taken to the comments section of the post to share their own bloating stories, and reveal the foods they avoid.

“Me too! It’s so crazy how much of a difference it makes eating certain foods.

User @kristindurley thanked the fitness enthusiast for her honesty and shared that she always thought she was suffering alone:

“I seriously thought I was the only one who bloats that much.

Some people say they are bloated and you can’t even tell, meanwhile I am over here looking five months pregnant! Solidarity”.

Admitting that she still struggles to stick to her diet, Michelle also shared in a separate post that prepping her food is key to meeting her nutrition goals.

“Nutrition is not my strong point. I can go to the gym every day, train hard, lift for hours, do cardio etc easy but trying to stick to my diet is the hardest thing I’ve ever done.

I looooove food so much. You just gotta think about your end goal and take it one day at a time.”

What is the low FODMAP diet?

Stop! Stretching Is Killing Your Gains

Get Some Life Coaching From Arnold Schwarzenegger

Cydney Gillon has won her sixth Figure title at 2022 Olympia contest, which took place from December 15-18, in Las...

This weekend featured an array of bodybuilding events including the 2022 Governors Cup Pro, which took place on July 9,...