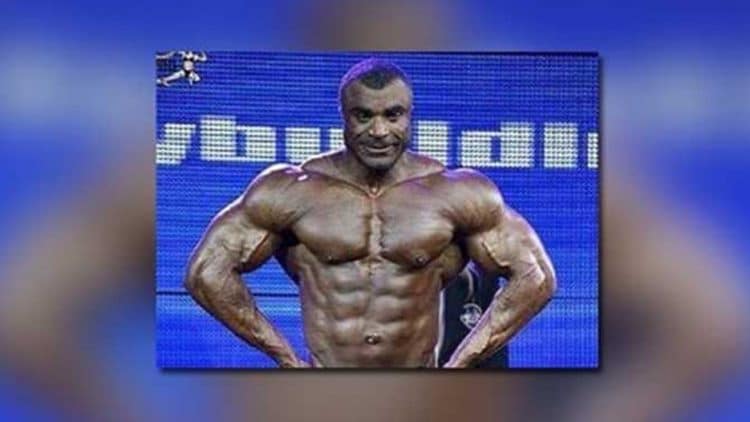 Another sad news for the bodybuilding & fitness community.

Muhamed Saad is an international bodybuilding champion who achieved a second place in the 2015 World Championships in Spain.

A brain hemorrhage is a type of stroke and is a serious underlying health issue. Its kind of a profuse bleeding, when the cause is not known. Usually caused by an artery in the brain rupturing and causing localized bleeding in the surrounding tissues.

Hemorrhagic strokes represent 20 percent of all strokes. Symptoms that a person is suffering brain hemorrhage are a sudden weakness, paralysis, an inability to speak, vomiting, difficulty walking and difficulty controlling one’s eye, according to Harvard Health Publishing.

Since falling ill, Saad has sought treatment at various hospitals in Egypt, but most refused to admit him on the grounds that they did not have enough space. Apparently, Al-Galaa Hospital admitted the champion and interpreted the diagnosis of a brain hemorrhage.

After a program on DMC channel requested he should be treated on the country’s expense. The Egyptian government generously agreed to pay Saad’s medical expenses, specifically the Minister of Youth and Sports Khaled Abd El-Aziz, and the Defense Minister Sedky Sobhy agreed to treat the player in El-Galaa El-Askary Hospital, free of charge.

Muhamed saad’s brother offered some gratitude to the DMC channel as well as the ministers for their efforts in attempting to save his brother.

Brain hemorrhages, or blood vessel ruptures, is most common in elderly and chronic smokers who suffer from brain hemorrhages. It is an explosion in the brain arteries.

However, it is not an uncommon disease among healthy, young people. In such cases, it is usually caused by a congenital defect. The bleeding can also be caused through an accident where the patient bumps their head.

It is unknown at this time what caused the tragic injury, and we may never know, but dying young has always been a concern for top level bodybuilders and this death re-raises critical concerns over the price of building a championship physique.

We send our sincere condolences to Muhamed Saad’s family, friends and anyone closely linked to him. R.I.P Saad.