His 8 Mr. Olympia titles alone made him a household name, and his character continues to make him an inspiration in the bodybuilding field.

Since Ronnie’s last competition almost ten years ago, the legend has dealt with the various consequences of his extreme career habits. Earlier this week, the 53-year-old underwent his 8th back surgery. According to his reports, it was one of his most serious yet. He posted a picture captioned:

“Pre-surgery photo op, I am all prepped with my crew @bigj_extremefitness and my wife Susan. Thank you guys for all the prayers and please keep praying.” 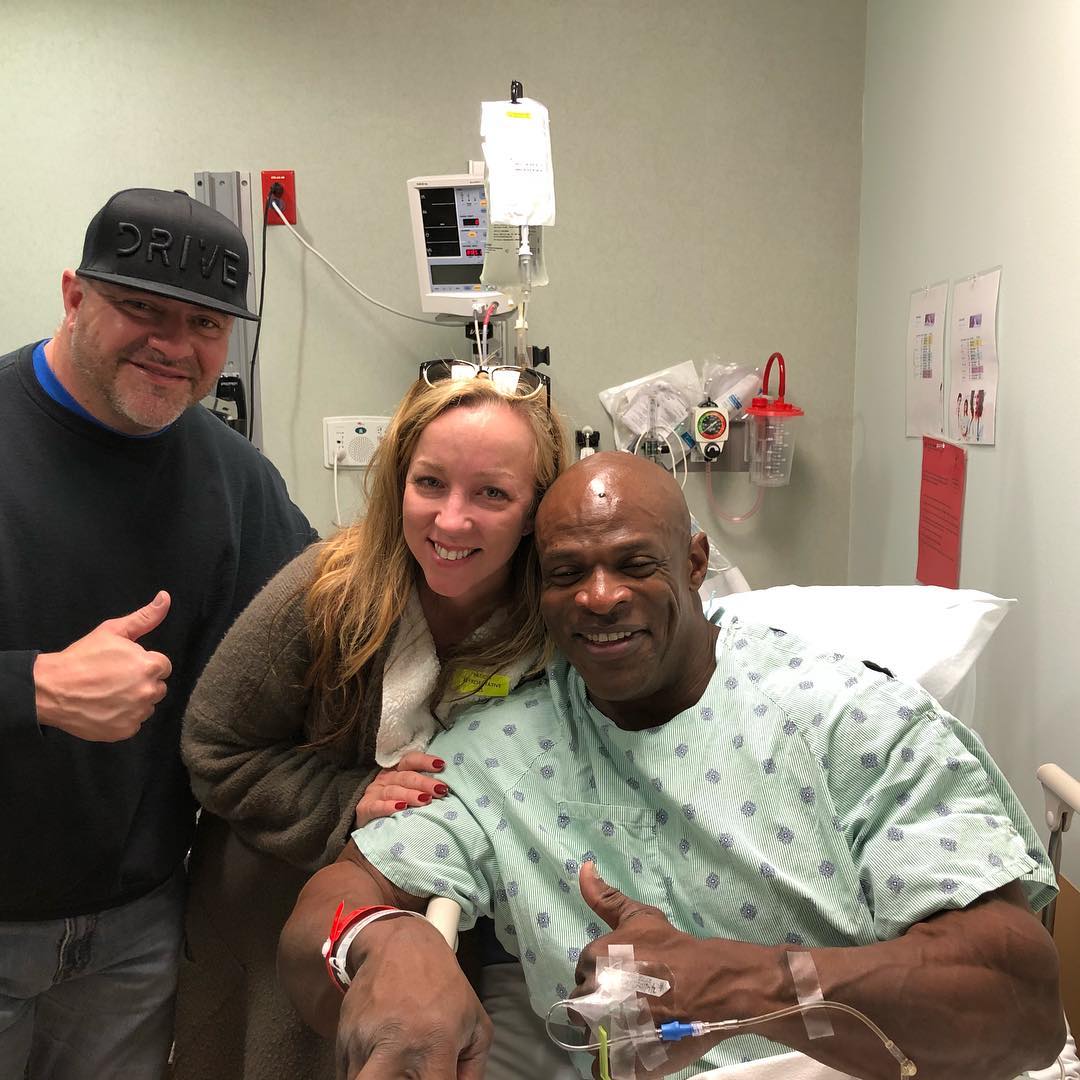 It displays Ronnie and his massive forearms in a hospital gurney with a tube taped to his arm. Last month, Ronnie gave more insight into this surgery in a much longer Instagram post.

“I’m having 6 screws, nuts, and bolts removed from my spine as a result of my last surgery, a level 4, 5 spinal fusion.”

The last surgery, he said, was severely painful, and he was hospitalized for about a month. For this one, the doctors will be removing his intestines to access his spine through the front of the abdomen, as he has a large amount of scar tissue on his back from previous surgeries.

Ronnie also recently released his new podcast, in it, he discusses compelling several subjects, including the most recent surgery.

Ronnie is truly a warrior and inspiration. It is difficult enough to endure the pain and sacrifice that it takes to be a champion, let alone and 8x Mr. Olympia. But they say a man’s true mettle is revealed in times of the greatest adversity. It is easy to continue when you’re on top of the world, but Ronnie’s career is behind him, he will likely be in pain for the rest of his life, and he still said he only has one regret:

Those are the words of a truly special human being. Very few of us can even hope to possess the strength of spirit that seems to come so naturally to Ronnie Coleman. The great news is that the former Olympia champion’s surgery went successfully.

Take a look at the below update!

“SURGERY UPDATE: Thumbs up from Big Ron! As you can see he is a little sleepy here which is to be expected (he did just have his intestines pulled out, screws in and out of his back, then his intestines put back in #NBD) but he wanted to crack a smirk and give a thumbs up to let everyone know he’s doing well and appreciates all of the support! We will keep everyone updated – Team RCSS #RonnieColeman “

Ronnie Coleman is undoubtedly one of the greatest bodybuilders of all time. We wish him fast and speedy recovery!