UPDATE: Kevin Levrone Posts Heartfelt Message As King Ronnie Is Back To Lifting! 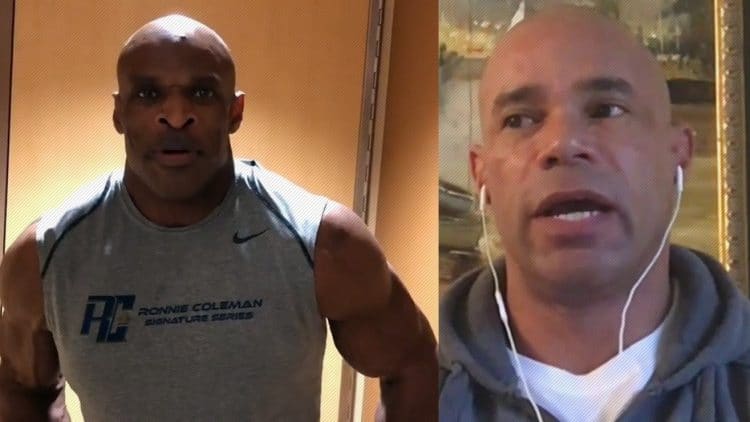 The 8x Mr. Olympia champion Ronnie Coleman has always been known for his strength, heavy lifts and massive size. He was one of the biggest bodybuilders to ever compete on stage, Coleman was the quintessential mass monster with the kind of physique that made everyone stand up and take notice.

Ronnie Coleman was known for pushing the envelope in his training and was known as a man who loved lifting whether he was competing or not. But that same intense training that turned him into a GOAT bodybuilder could have helped to deteriorate his body, while it may not be entirely to blame, but the hard & heavy training definitely played a part in Coleman’s injuries over his career.

Earlier this month, the 53-year-old underwent his 8th back surgery. According to the reports, it was one of his most serious yet. The great news is that the former Olympia champion’s surgery went successfully.

That said, resistance training is exactly what the all time great will need in order to return to fighting form. While recovering in the hospital, it already appears that Ronnie is keen on making a return to action even if that means lifting extremely light weights. Check the out the following updates from Ronnie’s official Instagram:

Now take a look and listen as Levrone share his thoughts & well wishes for his great friend:

Kevin Levrone a veteran of over two decades of bodybuilding, Levrone has seen and done it all alongside some of the best bodybuilders in the world. One of those bodybuilders is the great Ronnie Coleman.

What do you think of Ronnie Coleman and Kevin Levrone?

When it comes to bodybuilding and workouts, Ronnie Coleman obviously knows what works and what doesn't. The eight-time Mr. Olympia winner is...

Becoming one of the best bodybuilders in the world comes at a cost, and four-time Arnold Classic winner Flex Wheeler...