Laurel Hubbard was forced out of the Commonwealth Games with an elbow injury.

The 40-year-old Laurel Hubbard was the favorite to win gold at the 2018 Commonwealth Games. And she was on track to do so until a horrific elbow injury mid-snatch forced her to withdraw from the competition.

Hubbard competes in the women’s 90kg+ (198lb+) category, had a healthy 7kg (15lb) lead over her competitors. She started the competition on Monday afternoon by performing a 120kg (264.5 pounds) snatch lift in her first attempt to put the competition on notice.

The competition was then turned on its head during Hubbard’s third lift when she again failed to lift the 132kg (291 pounds) bar and then winced in pain as she was forced to drop it while in the act of lifting it over her head. 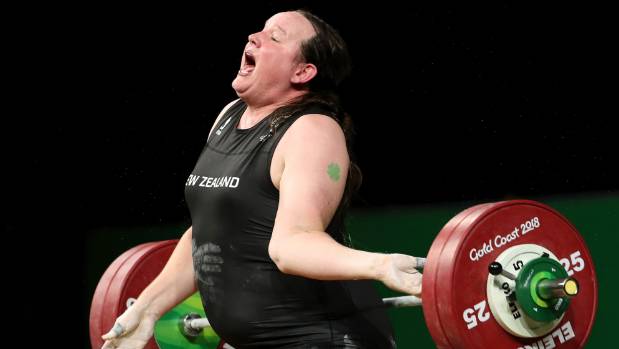 In the Olympic weightlifting, the only lifts involved are the snatch and clean and jerk. The total weight of the two heaviest lifts comprises the competitor’s score.

Despite the fact she was clearly in a significant amount of pain, she grabbed her elbow and walked it off just as quickly as it happened. 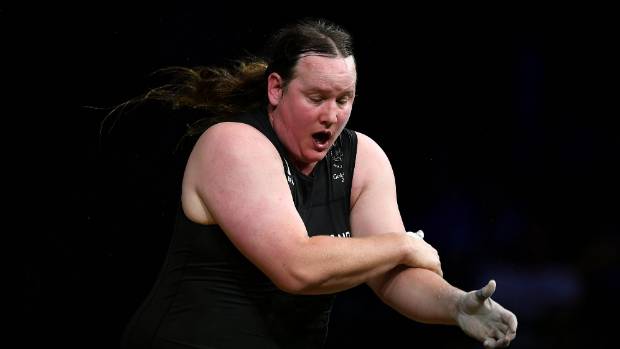 Commentators spotted her elbow appearing to dislocate under the strain of the bar.

She officially withdrew from the competition after consulting New Zealand’s medical staff, despite leading the event heading into the clean and jerk section.

“Oh wow. That to me looked like the elbow came out and went back in,”

“She knows she’s in trouble.”

Hubbard has been garnering media attention due to the fact she’s a transgender athlete. Her inclusion in the competition turned the women’s over-90kg category into one of the most discussed events in the lead up to the Gold Coast Games.

Some people believe she should be ineligible to compete in the women’s competition. Up until four years ago, she competed as a male. Hubbard has undergone testing to ensure her testosterone levels are low enough to be eligible to compete as a female based on the International Olympic Committee’s standards, according to BBC Sports.
Despite the awful injury, Hubbard doesn’t regret the attempt.

“The one saving grace in all of this is I’m not in any great pain at the moment,” Hubbard told reporters, CNN reports. “I’m sure that will come with time. At this stage we don’t know the exact details of the injury…It seems likely that I have ruptured a ligament, some insignificant tissue damage. But until we have further scanning we won’t know the details.”

Watch Hubbard’s attempt in the video below. Again, *** this is graphic.

Floyd Mayweather vs. Conor McGregor 2 inside the Octagon? NOT Happening – Dana White

Nine-time Canada’s Strongest Man JF Caron is a true legend of the Strongman sport, but he has recently suffered a...