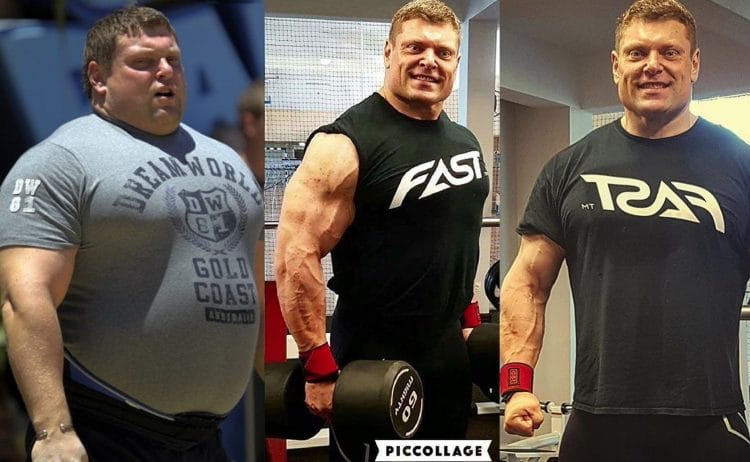 41 years old Zydrunas Savickas is one of the best athletes in strongman history sheds the extensive amount of body fat for a new ripped physique.

Like other heavyweight competitors in the same sport, he’s big 6’3″ and weighing in around 400 pounds during competition season.

Savickas “Big Z” has dominated the sport over the year, he is 8-time Arnold Classic Strongman Champion and 4-time World’s Strongest Man winner. He is already known to lean out a bit during the strongman offseason, but his new cut down has him looking totally ripped and lean than we can ever remember seeing him.

Photo from last weekend with Arnie

Check out from this side-by-side picture posted by his competitor friend and training partner Thor Bjornsson. Hard to believe it’s the same guy. 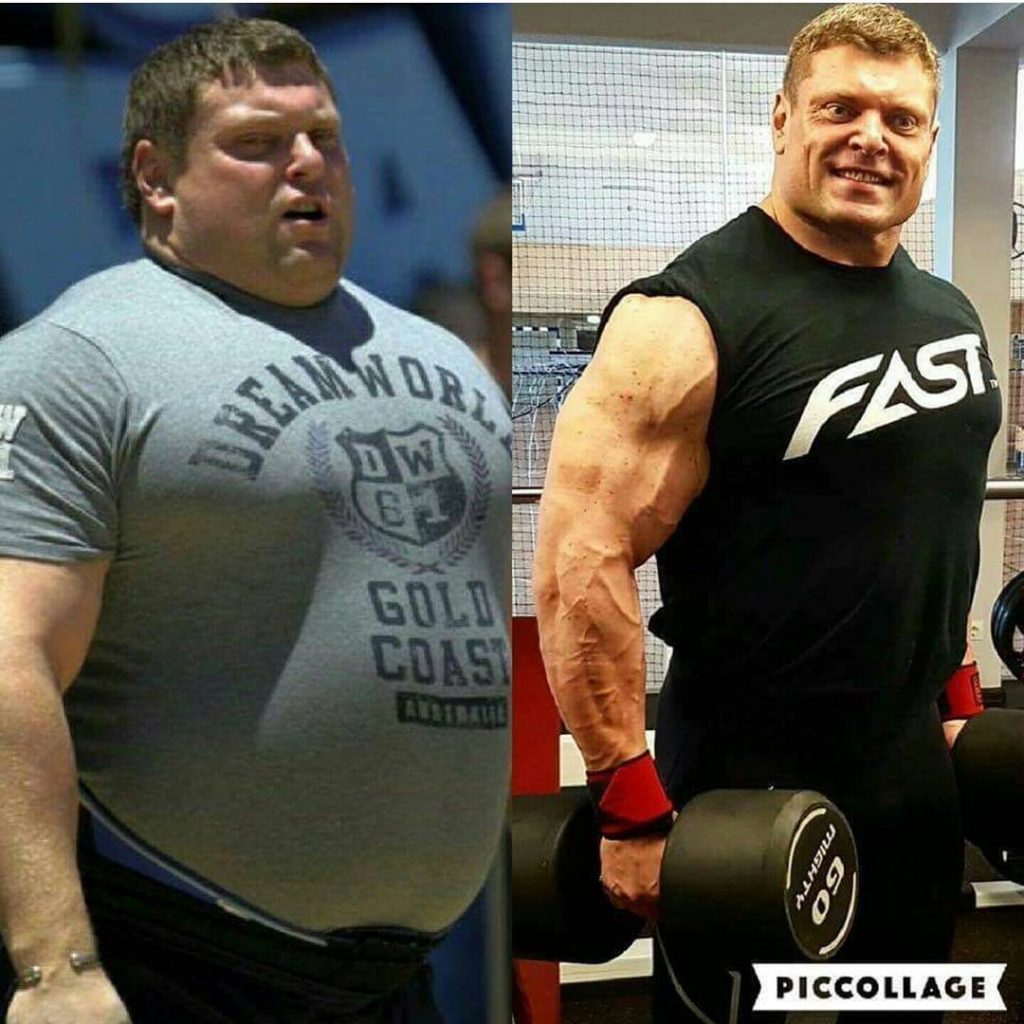 So: How did he do it? Savickas hasn’t explained diet plan in the same detail as his buddy Bjornsson—who eats roughly 13 lbs of food every day—but we’re betting “Big Z” probably followed a similar training plan: Lots of lean protein, like fish, chicken, and steak, as well as clean carbs (like potatoes) and colorful vegges. The meal posts on his Instagram—here’s one, here’s another—suggest as much.

Savickas, 41, was more or less born for strongman competition. He started powerlifting competitively at 16, and became the first Lithuanian athlete ever to total 1,000kg across the deadlift, squat, and bench press.

“Big Z” is training heavy, and he’s stated that he plans to compete in strongman competition again next year.

Check some videos of the big man working on his legs.