Watch: Stephan Bonnar Taken To The Ground And Arrested For DUI! 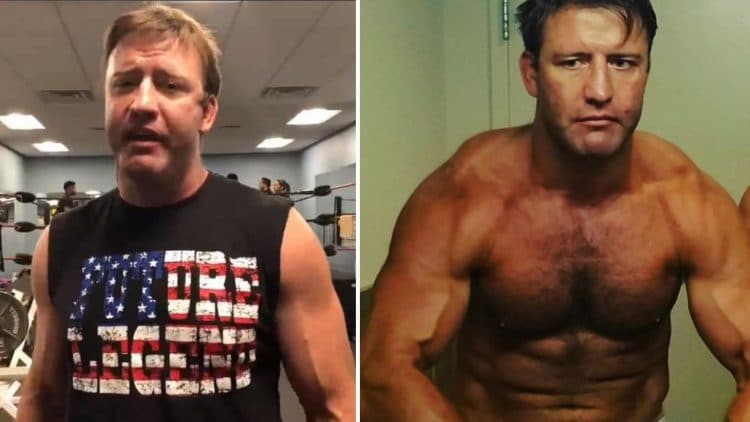 Former UFC And Bellator Fighter Stephan Bonnar Taken To The Custody For DUI!

Former UFC and Bellator Light Heavyweight competitor Stephan Bonnar is in custody! He was arrested and handcuffed for driving under influence. “Robocop” was a serious lawbreaker on Sunday afternoon. His reckless driving was spotted by a group of motorcyclists, who called the police. Bonnar was on a wild run going over 90 mph! It’s a pure luck he didn’t kill anybody!

Here is the statement of the witness, Katie Dyer. (via nypost.com)

“He was going to hit something, whether it was a car or a wall, and another person could have died.”

Katie Dyer was riding on I-15 road towards Las Vegas. Then she saw Stephan Bonnar driving like a maniac with his red Cadillac. “The American Psycho” was straddling and even using emergency lane!

Katie Dyer says she decided to stop Bonnar with the help of other members of Jeep club JeepFam. They “boxed in” with “Robocop”, forcing him to reduce the speed and stop his vehicle in the end. Passing truckers put their vehicles in the line along the road. In the end, the police is called and Stephan Bonnar is slammed to the ground and arrested!

You can see in the video what happened to Stephan Bonnar when four Jeep members decided to take over the control. Bonnar’s front bumper is damaged. Motorcyclists even had to use a yellow luggage tie to control his anger until police arrival.

“We were coming on the I-15 southbound into Las Vegas and he came across the dirt, coming into the south. He didn’t stop or wait or anything, he came straight out into the traffic and he was very lucky.”

“We have radios so we said, ‘Who is calling the police?’ One of our people caught up to him and he seemed to be laying down. He wasn’t sitting up in the driver’s seat. He was going from shoulder to shoulder, from the emergency lane all the way across. Two truckers had slowed down to stop him.

“We carried on and boxed our Jeeps around him. There were six of us. We slowly stopped with the box around him.”

When Stephan Bonnar was finally stopped, Katie and the motorcyclists tried to grab his key. Unfortunately, “Robocop” woke up and situated quickly turned into a real nightmare.

“By the time we got over there, his eyes weren’t open, and he wasn’t moving.

“We were trying to find his keys but he wakes up.”

“We were all panicking. He had the car in drive and was hitting the car behind and mine in front. He was ramming into my Jeep.

“We literally had to tie his arms to his door.

“We definitely thought people were dying when we saw him. A lot of families were traveling back because it was the weekend, and his driving was erratic.”

Police arrived 20 minutes later. Stephan Bonnar was arrested for DUI, resisting a public officer, and unsafe moving or starting of a stopped vehicle. For now, Bonnar remains in prison. His bail is amazing $22,000.

This is the statement of the police officer Jason Buratczuk of the Nevada Highway Patrol.

“Witnesses were reporting speeds of over 90 miles per hour and unsafe lane changes.

“When the trooper arrived on scene he observed the driver of the Cadillac had been physically restrained by citizens and appeared to be incoherent.”

The state trooper added that Stephan Bonnar was taken into custody. He also stated that the alcohol could be smelled miles away. According to the trooper, there were “obvious signs of intoxication”.

“Medical staff responded to the scene and determined nothing medically was abnormal with the driver,” he added.

What a shameful day for MMA! Stephan Bonnar is known as a guy who gave a hard time to Jon Jones, Anderson Silva, Mark Coleman, and Tito Ortiz. He even defeated one of the best in the division at that time, Krzysztof Soszynski, at UFC 116, on July 3, 2010, via TKO. The former elite fighter is a prison bird at the moment! What a disappointment!