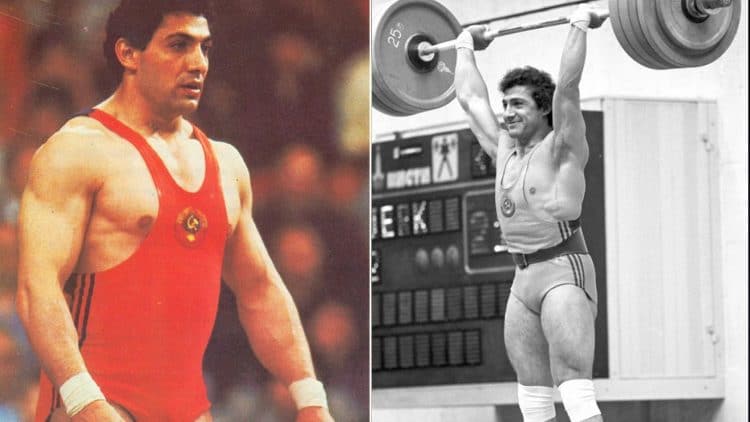 Yurik Vardanyan was a well-known figure to the lovers of classic weightlifting. He is the most successful weightlifter in the history of Armenia. He was winning his rivals with such an ease. His domination lasted from 1977 to 1985. He is considered one of the All-Time Greatest in this sport. Iwf.net was the first to report the news.

He is the best ethnic Armenian athlete who competed for the Soviet Union. He won four USSR Weightlifting championships. He was also a five-time European champion and seven-time World champion. Yurik Vardanyan also won in the Olympic Games in Moscow 1980. He is the first guy in -82.5 kg who totaled 400 kg!

He would probably be the champion of the games in Los Angeles in 1984 if the USSR didn’t boycott it. Yurik Vardanyan later competed at The Friendship games. He literally blew his competition away with a score of 405 kg! Even today, this record hasn’t been broken in -82.5 kg division!

This world-class legend ended his career with 41 world records. He was also granted with the Order of Lenin in 1985. But the Soviet Union started falling apart so he escaped to Moorpark, California in the early 1990s. Yurik Vardanyan was working in the business sector and helping Armenian immigrants to get used to life in America.

Even from the USA, he was using his political connections with the people from the former Soviet Union to help his country grow. He was traveling and doing business on a regular basis. Vardanyan has never forgotten his home country.

He returned to his home country of Armenia in 2009. Vardanyan was working with the former president Serzh Sargsyan, as his advisor. He became the Minister of Sport and Youth Affairs on May 8, 2013. In 2014, he became the Armenian ambassador in Georgia. His mission was improving the relations between the two former USSR countries.

Yurik Vardanyan’s wife is called Eleonora. He was also a father of three sons – Michael, Norik, and David. Norik is also a weightlifter. He competed for Armenia in 2012 Olympic Games in London, England, in -94 division. It is hard to believe Armenia will ever have such a great man and athlete. Rest in peace, legend!